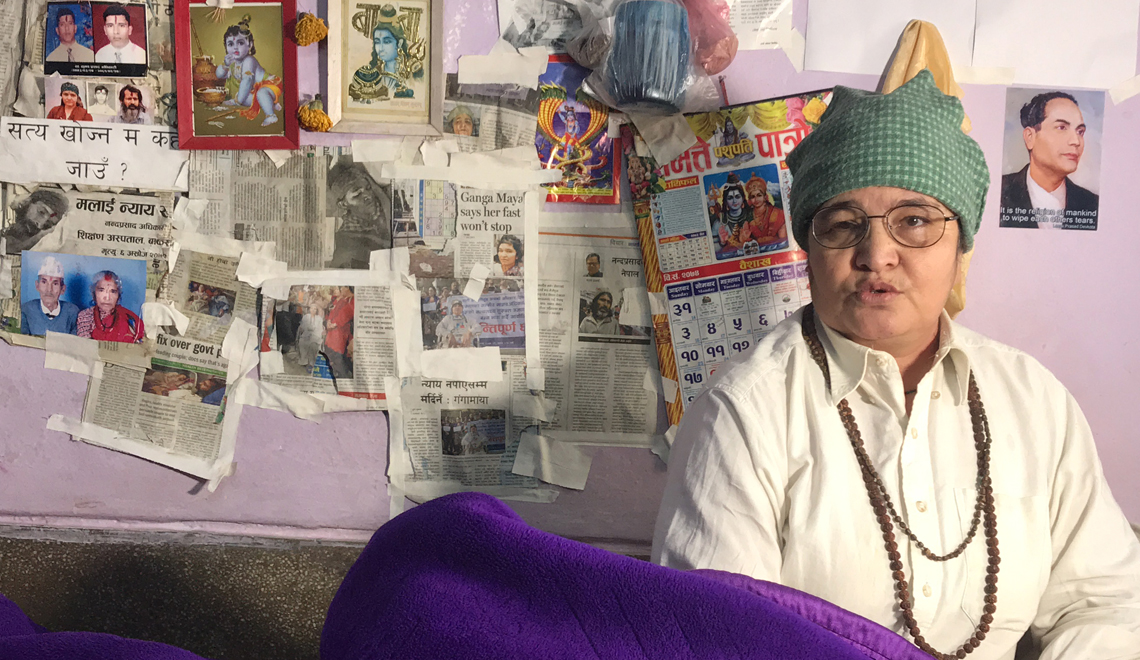 KATHMANDU, Jan 31: Dismayed by the frequent deferrals of court hearings, Ganga Maya Adhikari, who has been staging a protest demanding action against those accused of being involved in killing her son, warned of resuming hunger strike on Tuesday. Adhikari has been fighting for justice for her teenage son killed during the Maoist insurgency.

The warning from the ailing Adhikari comes after the Chitwan District Court postponed the scheduled hearing on January 10. The court administration had fixed the hearings for nineteen times but never issued a verdict.

Organizing a press conference on Tuesday at Bir Hospital, Adhikari complained that the delay in issuing a verdict over the killing of her son, Krishna Prasad, was an insult to justice.

“Now onward, I will not stay here in the hospital nor will take any fluid,” Ganga Maya told reporters, adding, “I am going out of this hospital and will begin to struggle against judiciary as well.”

Ganga Maya reportedly stopped taking medicines from Monday evening. She wants to go to Tundikhel and resume her fast-unto-death, according to human rights activists.

At the press conference, she expressed her dissatisfaction over the judiciary's inaction in settling her years-long case. “I am suffering the most with the delay in issuing a verdict by the judiciary,” said Adhikari, adding, “This has raised a question about the government's existence in the country and its commitment to rule of law and human rights.”

Her son, Krishna Prasad, was killed during the Maoist insurgency whereas her husband, Nanda Prasad, died in September 2014 while staging fast-unto-death at the Bir Hospital while seeking justice. His dead body is still kept at Tribhhuvan University Teaching Hospital's morgue.

The Maoists have already admitted to killing Krishna Prasad Adhikari of Phujel village of Gorkha at the height of the insurgency in 2004. The killing took place at Bakulahar Chowk of Ratnanagar, Chitwan. Krishna Prasad's father Nanda Prasad had filed a complaint with the police on June 8, 2004, immediately after the murder but justice has eluded the Adhikari family till now.

KATHMANDU, Aug 11: Ganga Maya Adhikari, who has been struggling since long demanding justice to her son murdered during the... Read More...

KATHMANDU, Sept 14: Ganga Maya Adhikari, who had been staging fast-unto-death for a month, withdrew the strike on Wednesday. ... Read More...