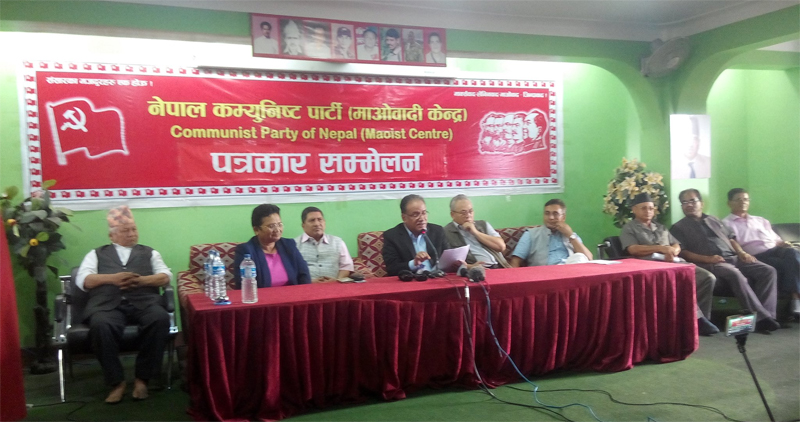 KATHMANDU, July 23: The inordinate delay on part of Prime Minister Sher Bahadur Deuba to give full shape to the cabinet has brought dissatisfaction within the coalition partners.

“We had reached an agreement to expand the cabinet on June 18 itself. But since the prime minister had to discuss this issue within his party, the cabinet expansion plan was deferred until after the second phase of local polls,” said Dahal.

While expressing dissatisfaction over the dillydallying to expand the cabinet even after the successfully holding the second phase of local polls on June 28, Dahal said he has told the prime minister that it had been already too late. “I held meeting with Prime Minister today morning itself. This has already been too much. I told him that it's a shame,” said Dahal.

Addressing a press conference organized by the Maoist Center to publicize the decisions of the party's secretariat meeting on Sunday, Dahal said he even proposed the prime minister to appoint ministers from his party.

“Since we have already finalized our ministers, I even proposed inducting additional ministers from our party. But he said this will happen tomorrow [Monday] as the NC's ongoing central working committee will conclude today [Sunday],” Dahal further said.

Dahal, however, claimed that the delay in cabinet expansion had not soured their relations with the ruling Nepali Congress (NC).

Cabinet expansion was delayed as Prime Minister Deuba is struggling to manage ministerial aspirants within his own faction in the party. Source said Deuba's efforts to bring Rastriya Prajatantra Party (RPP) on board the government to expedite constitution amendment bill was also to be blamed for this.