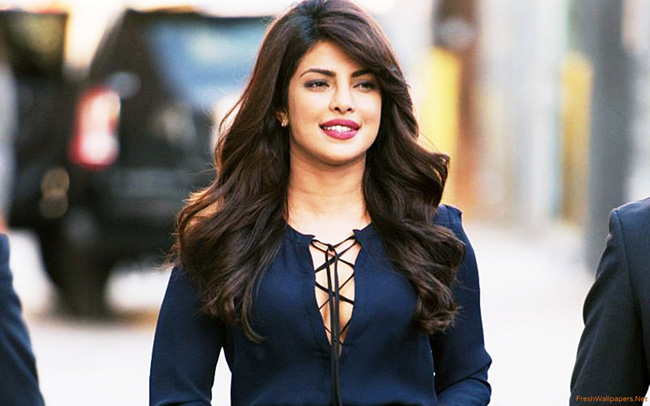 In a blog post on Thursday on the professional networking website LinkedIn, which she joined last year as a LinkedIn Influencer, she wrote: "All of the 'banned' countries are places where a lot of Unicef work is going on, where children are suffering the most. What can I add that people across professions and age groups have not already said? But adding your voice will definitely make a difference.

"And make a difference we must. Please join me in making our voice stronger so that globally, our children are not discriminated against on the basis of their religion and do not have to bear the brunt of a political witch hunt."

Priyanka is currently in the US to shoot the second season of her popular TV show "Quantico". She divides her time between India and the US.

Protests took place at airports across the US in response to Trump's recent travel ban preventing entry from seven predominantly Muslim countries.

After joining Jimmy Kimmel and Jimmy Fallon on their hit chat shows, Indian actress Priyanka Chopra will be making her... Read More...

Here’s another achievement in Priyanka Chopra’s kitty. She has now made it up to the list of IMDb’s most popular... Read More...