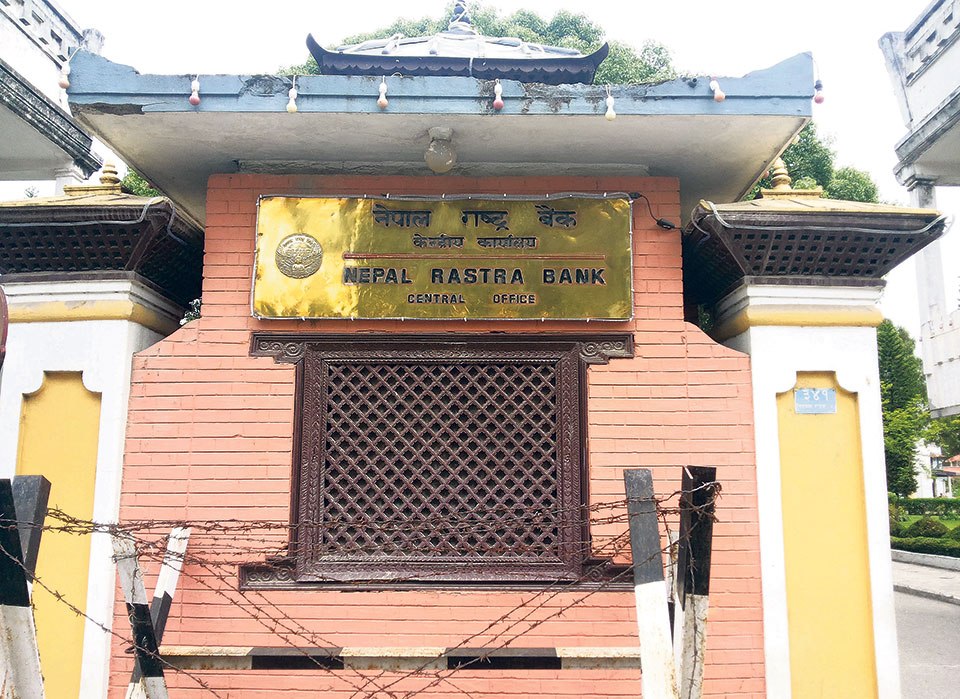 Monetary policy unveiled by Nepal Rastra Bank this year has been lauded from all sides. But what are the good things about it? What are the challenges?

The monetary policy of this year that aims to address the problems caused by COVID-19 has been lauded from all sides. But what are the good things about it? What are the challenges?

Against the expectation of the private sector that the repayment holiday could be extended for three months, the Nepal Rastra Bank extended the moratorium for six months to two years. There is general rejoicing at the news of the moratorium announced through the monetary policy. The moratorium has been extended until mid-January next year for the borrowers with working capital loans or those who have been modestly affected by the COVID-19 and working capital loans. Those who have faced medium impact will get the repayment deadline extended until mid-May while those severely hit will not have to worry about repaying their repayment installment until mid-July next year. Such repayment holiday has been extended for two years for tourism businesses and hotels that are devastated by the pandemic. Businesses are also hopeful that the central bank may provide them a further relaxation on the loan repayment deadline and protect them from slipping into the blacklist of loan defaulters if the situation does not improve.

Another cause for the celebration for the private sector is the refinance facility and concessional interest rates announced through the monetary policy. Initially, the size of the refinance fund was Rs 50 billion. The size was increased to Rs 60 billion in the wake of the COVID-19. To provide further relief to the private sector, the government made an announcement through the budget speech of the current fiscal year to nearly double the size of the refinance fund to Rs 100 billion. However, there were news reports that there was shortfall of money in the fund due to lack of allocation of the budget. But, a provision allowing the central bank to provide the refinance fund up to a limit of five times the available fund of Rs 42 billion has made people hopeful of the central bank’s capability to create money to disburse the refinance fund.

The central bank has fixed one percent as the refinance rate for bank and financial institutions for loans to export-based industries and sick industries. Such refinance rate is two percent for SMEs and three percent as general refinance rate. The interest rates for the loans to borrowers under this refinance facility have been capped between two and five percent. The cap on the maximum interest rates that bank and financial institutions can charge from borrowers under this facility has addressed the entrepreneurs’ demand of five percent of ceiling on lending rate to some extent. By announcing that 80 percent of the refinance fund will be disbursed through commercial banks, development banks and finance companies and microfinance institutions, the monetary policy has made many hopeful.

The third reason the monetary policy drew public attention is the announcement to raise the directed sector lending ratio to 40 percent from 25 percent. Under the directed sector lending requirement, banking institutions will be required to extend at least 40 percent of their total loans in certain prescribed sectors in addition to five percent to deprived sector. By mid-July 2023, banking institutions will have to lend at least 15 percent of their total loans on agriculture sector compared to 10 percent of current requirement. Similarly, their minimum credit to energy sector must be 15 percent of their total loans by mid-July 2024 compared to 10 percent of current requirement. Such minimum directed sector lending ratio to SMEs [loans amount below Rs 10 million] has been fixed at 15 percent with a deadline of mid-July 2024. Agricultural Development Bank Ltd has been designated as the lead bank for agro loans.

The fifth attraction in the monetary policy is the cap on the lending rate charged by microfinance institutions.  By restricting microfinance institutions from charging higher than 15 percent interest rates on their loans, the central bank will provide a relief to microcredit beneficiaries that predominantly include poor families and deprived sectors in the country. As the NRB has announced that 10 percent of the refinance fund will be disbursed through microfinance institutions, the ‘D’ class licensed institution is likely to get nearly Rs 21 billion as loanable fund out of a total of Rs 210 billion at two percent interest rate from the central bank.  This benefit is expected to significantly lower the cost of funds for them.

The announcement of a waiver on fee or charge for the interbank ATM card withdrawal is the sixth reason the monetary policy for the current fiscal year is well received. Offering a complete waiver on the ATM usage fees until there is COVID-19’s impact would provide a relief to cardholders who have to pay charges while withdrawing cash from the ATM other than that of card issuing bank.

Can it be implemented?

While there are a number of provisions in the monetary policy that are praiseworthy, challenges for their implementation also abound. The first challenge is to increase the utilization of the refinance facility as an instrument for the economic revival during the current situation of liquidity surplus [availability of excess fund in banking sector]. Banks have an excess liquidity to the tune of Rs 170 billion. This is a reason why the use of refinance fund has currently fallen to nearly Rs seven billion.

Another challenge is related to the credit expansion of banks and financial institutions. While the central bank has raised the credit to core capital cum deposit (CCD) ratio [prudential lending limit] to 85 percent from 80 percent, it withdrew all adjustments allowed for the CCD ratio calculations including the loans floated under the refinance facility, subsidized interest loans, loans borrowed from foreign banks and debentures issued by banks. If the previous relaxation was also continued, banks would have been allowed to adjust 250 billion of refinance fund and Rs 55 billion of concessional loans in their CCD calculation. This is not the case anymore. It seems the hike in the CCD ratio will limit the growth of the loans to Rs 177 billion.

Fourth challenge is to raise the credit demand. The combination of excess liquidity and no growth in credit demand despite measures to boost supply will defeat the purpose of the monetary policy. Maintaining the financial sector stability is not a small challenge for the central bank in the days to come.  While the monetary policy has announced an extension of moratorium on loan repayment for six months to two years, it could pose risk to the stability of banks and financial institutions if the loan repayment holiday is required further.

The immediate and active implementation of positive provisions is an important step toward making monetary policy effective. Releasing 80 percent of loans from the refinance funds to banks and financial institutions in the month of Shrawn [mid May to mid July] could be a starting point for the implementation of the monetary policy. As all adjustments have been withdrawn, merely raising the CCD ratio to 85 percent as a ‘monetary stimulus’ measure is not going to significantly lead to credit growth. Ditching the CCD ratio requirement would be the right answer to this problem.

A close look at the bank loans based on the amount may warrant a central bank’s explanation about its new bank lending requirement to SMEs. The monetary policy provisions the minimum requirement of bank loans to SMEs [loan below Rs 10 million to businesses] to 15 percent of total loans by mid-July 2024. According to lending figures of banks as of mid April, loans below the amount of Rs 1.5 million stands at 15 percent while loan amount between Rs 1.5 million and Rs 5 million at 24.9 percent. Similarly, loan amount ranging from Rs 5 million to 10 million is at 10.2 percent. This means loans below the amount of Rs 10 million accounts for 50.1 percent of the total loans of banks. NRB will have to justify the rationale behind this directed sector lending policy.

The interest rate volatility is a likely scenario due to lack of open market operations even when there is an excess liquidity of Rs 170 billion. Unlike developed countries, Nepal faces a big gap for physical infrastructure and industrialization. Negative interest rates would be fatal for Nepal that needs to prioritize capital formation over consumption. Policymakers should pay an attention toward mobilizing financial resources for the capital formation.

The new policy requiring banks to provision only five percent of the losses of loans that were under the pass category [good loans] until mid January but not recovered until mid July will in principle improve the balance-sheet of banks. But, the possible problems like strained relations between banks and borrowers and erosion of loan repayment capacity due to interest capitalization of borrowers hit hardest by the pandemic could later surface.

There should not be any delay in finding solutions to address such problems that could plague the banking sector.

The author is a former Executive Director of Nepal Rastra Bank

New Monetary Policy is out. Here is how it is likely to impact you

KATHMANDU, May 28: Nepal Rastra Bank (NRB) has said it will tighten the money supply further if the soaring consumer inflation... Read More...