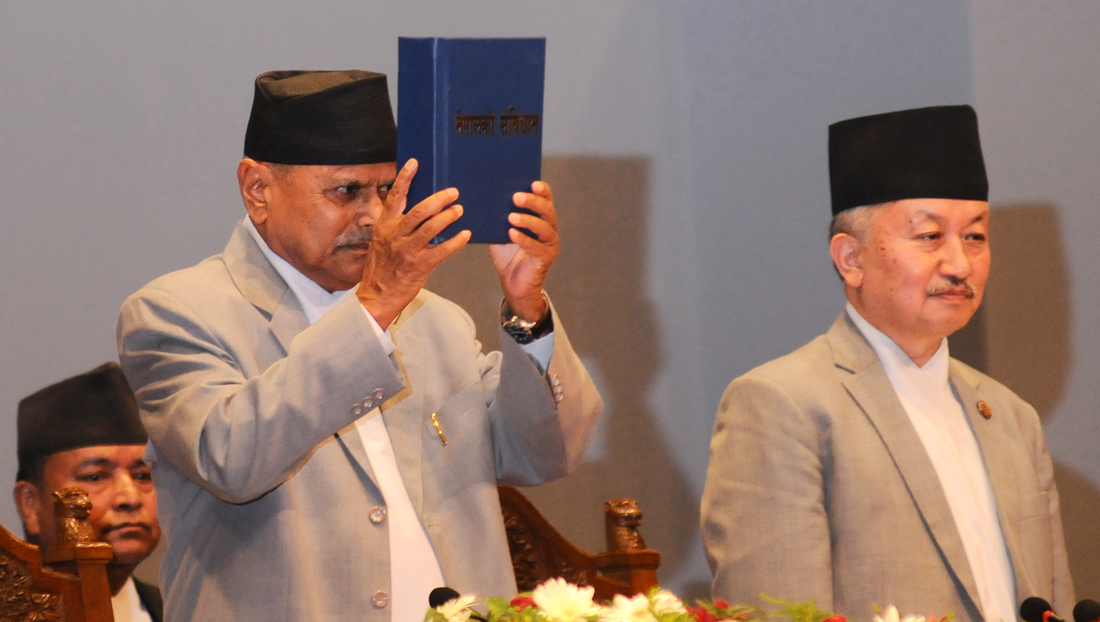 KATHMANDU, Nov 6: Fresh debates have resurfaced after the government started preparations to amend the constitution so as to allow naturalized citizens to hold top state positions.

Madhes-based parties have been protesting the new constitution arguing that it has curtailed the rights of naturalized citizens that were guaranteed by the Interim Constitution.

Article 155 of Interim Constitution had provisions relating to hearing about, and citizenship of officials of Constitutional Bodies.

“Only those persons who are citizens of Nepal by descent or birth or who, having acquired naturalized citizenship, have resided in Nepal for at least ten years shall be eligible to be appointed to constitutional positions to which appointments are made pursuant to this constitution,” states the Article.

Beside the provision included in the sub Article 2, the constitution was mum on appointment of naturalized citizens as President, Prime Minister and among other top state positions.

The new constitution states that the person holding citizenship only by descent shall be eligible for appointment as President, Vice-President, Prime Minister, Chief Justice, Speaker of the House of Representatives, Chief of State, Chief Minister, Speaker of a State Assembly and chiefs of security bodies.

'Govt working to amend constitution to reflect aspirations of all'

'Govt should be more responsible to make constitution acceptable'

No agreement on naturalised citizenship : PMO
5 years ago