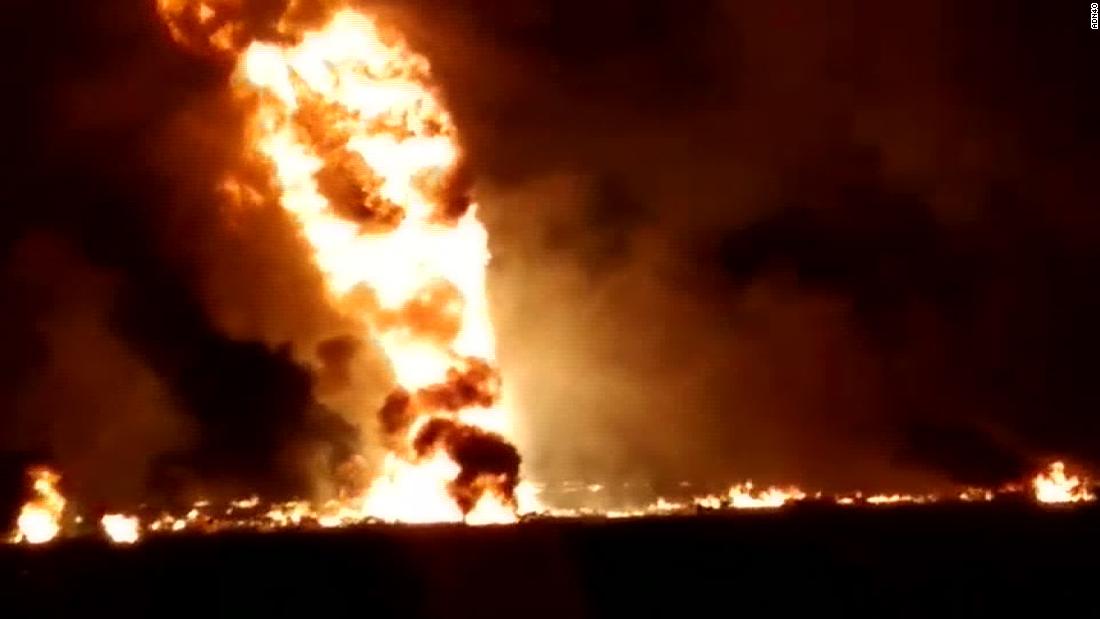 MEXICO CITY, Jan 19: The death toll from the explosion of a pipeline ruptured by suspected fuel thieves in central Mexico has risen to 66, the governor of the state of Hidalgo said on Saturday.

Dozens of burned bodies lay in the charred field where the blast occurred in the municipality of Tlahuelilpan as forensic experts inspected and photographed the remains. Soldiers and other military personnel surrounded the cordoned-off area.

The field was littered with half-burned shoes and clothes as well as with buckets and drums used by people to collect fuel. Relatives of victims stood huddled together, some crying.

Lopez Obrador pledged to step up his government’s drive to stamp out fuel theft, which has cost the country billions of dollars in the last few years.

Video footage showed residents scrambling to fill containers from the burst pipe and badly burned victims, raising questions about the management of an issue Lopez Obrador has made a top priority since taking office on Dec. 1.

Video on social media of people filling buckets from the pipeline during daylight hours in the presence of the armed forces prompted questions about why authorities had not acted.

The government said soldiers reached the scene after Pemex detected the illegal tap, but could not secure the area in time.

“At some point there were too many people there and the army and military personnel withdrew to avoid problems,” Public Security Minister Alfonso Durazo told broadcaster Televisa. “It was just as they were withdrawing that the explosion occurred.”leos Mexicanos (Pemex).

TAPACHULA, June 17: Mexican officials detained nearly 800 undocumented migrants on Saturday, the government said, in one of the biggest... Read More...

U.S. President Donald Trump is threatening to impose import taxes on all goods from Mexico in an effort to persuade... Read More...