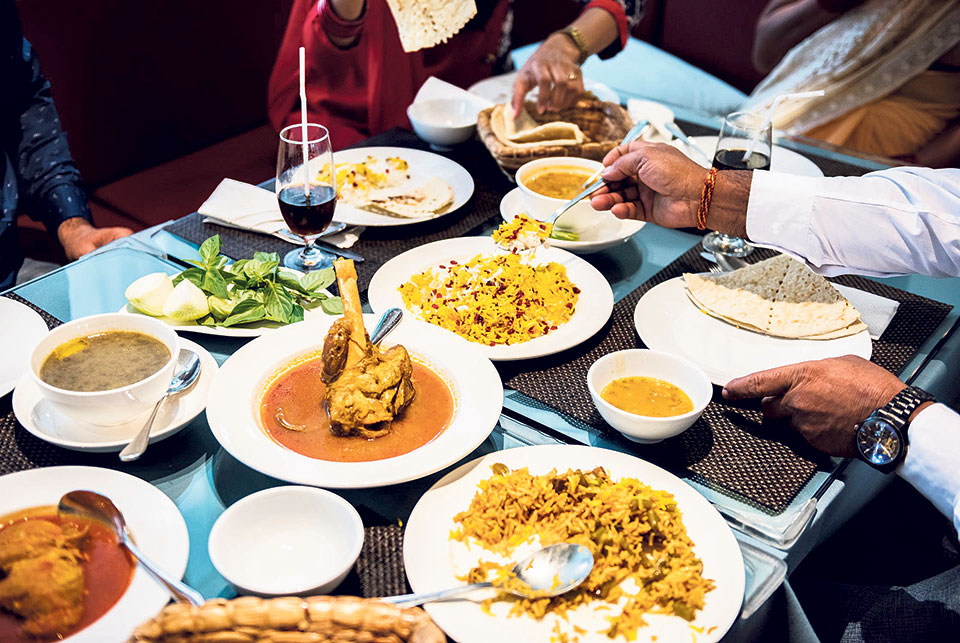 A lot of folks seem to celebrate Dashain abroad these days. Half of the people I know have plans to go to Thailand this year too because the package deal is just too good to ignore. I had also taken my wife to Bangkok a few years ago but the usual four nights five days package is not a good deal for couples. My wife was not happy (and that’s never a good thing) because we had to rush everywhere from the shows to parks to boat rides and other tourist stuff that the package offered. So if you are planning to go abroad during Dashain then don’t try to save a few rupees by taking the cheapest package. Go for the week long vacation package and you will not be stressed out like we were on our first and only vacation so far.

Now, I have kids and it’s a little difficult to plan a vacation, be it abroad or around the country. When the kids are old enough to tie their own shoelaces then it’s the right time to take them around. My cousin is a patriot. He has been spending Dashain holidays with his wife not abroad but here at home. He has been to Rara.

He has gone trekking around the Annapurna region. He has been to safaris here and there. I, on the other hand, have been to Chitwan National Park, Pokhara, and Lumbini and that’s about it. I love my country but if we were all judged on how many places we have visited at home then I would probably fail the ‘patriot’ test.
I really wanted to go to Upper Dolpa a year before my marriage but it was almost a month long trek and I backed out because my employer would not be giving me a month long vacation in the middle of the year. The other option was to take a chopper and hang around and come back home but only the big monks and local leaders of Upper Dolpa could afford the helicopter ride.

This Dashain, we plan to travel only a few kilometers. We will drive from my home to my in-laws. We will take the kids to receive tika and then come back home and offer them their usual baby formula to celebrate their first Dashain.

When I was a kid, Dashain was all about wearing new clothes, flying kites, and receiving money from elders while getting tika and some blessings about acing your SLC exams. And, of course, eating lots of meat every day for a week till your belly hurt. It doesn’t help when you go to a boarding school and you have been eating smelly eggs, insect infested rice, hard rock rotis and mostly chicken skins and bones. Yes, hostel food used to suck then and it probably sucks today but it must definitely be a little better than what I had many decades ago.

But now, when I look back (and they say hindsight is 20/20) I have to thank my hostel for giving me the opportunity to get a taste of inedible food. Now I can eat anything anywhere. In Thailand, I ate cockroaches, grasshoppers, and many insects. My wife even threatened to file for a divorce if I continued to eat the insects in front of her. After that, I stuck to the usual chicken stuff.

When I was a kid, Kathmandu was a place where you played football in Ring Road and even had a picnic in the middle of the road and a truck or two would come around once every hour or so. Now, you can’t even cross the Ring Road area without wearing full-protective gear and seeking protection from the lord above praying that a tripper or a micro won’t run you down. Then, the skies of the valley would be filled with kites. Today, you barely see a few flying around. Maybe, someone should develop an app for our kids where they can fly a virtual kite and compete with other kids as well. After all, most of us don’t live in the real world anymore anyways.

Dashain plans change when you are a teenager. Then it’s no longer about flying kites. It’s about dressing up and trying to get your hands on a bottle of beer or some vodka. You drink, you throw up and you are a man. And you take a puff and cough for an hour and be proud of yourself that you tried smoking in front of your friends. It took me two decades to quit smoking and what made it so difficult was the fact that I had started in high school. Just last week, I did the math and was shocked to find out that I could have saved lakhs of rupees if I had not smoked any cigarettes all these years. I quit smoking and drinking a year ago. And recently I quit drinking soft drinks as well to cut down on my sugar intake as my sugar level is slowly spiking up each year.

I have a feeling that this Dashian will be a difficult one not for me but for my in-laws and relatives. I will decline the offer to have a drink. Then I will say no to the soft drinks and juices. Then someone will offer me yogurt and I can’t enjoy that either because of my sinusitis. They will probably think I’m just trying to be difficult and judge me for it. But I will compensate for it by enjoying a plate full of masu and even asking for a second helping.

KATHMANDU, Oct 19: President Bidya Devi Bhandari has extended her best wishes to all the Nepalis within the country and... Read More...

Getting your home festival ready

Readying your home for the festivities needn’t be an elaborate affair especially since you have hundreds of things to do... Read More...