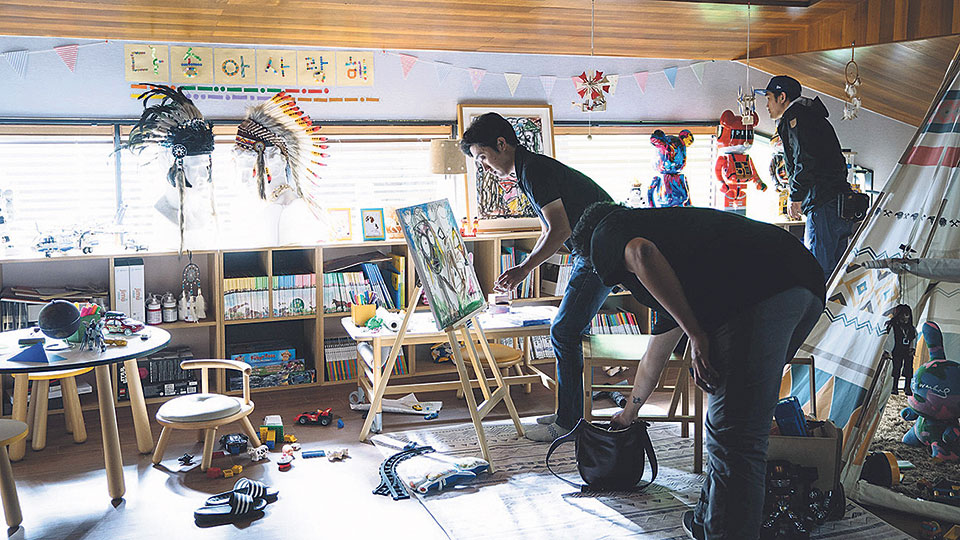 Bong Joon Ho has officially cemented his name as the best auteurs working in cinema right now. And his new film Parasite further emphasizes this fact. The film, released this very year, won him a Palm D’or at the Cannes Film Festival (becoming the first Korean film to do so). The film stars Song Kang-ho, Lee Sun-kyun, Cho Yeo-jeong, Choi Woo-shik, and Park So-dam.

Bong is in his home ground when it comes to the element of the film – it’s a black comedy thriller. He has mastered the art of merging comedy and tragedy to a point where the lines seem almost blurry. One moment you are laughing and the next moment makes your body shudder, you are hurt. This, however, is not a new theme – most of his films like Okja and The Host have toyed with this very idea.

Like his film Snowpiercer, with Parasite also Bong is out there when it comes to commentary on social class and structure. In Snowpiercer, the idea might have been more direct (a train with “class” compartments) but in Parasite it’s subtle, though equally powerful.

The story is about the Parks and the Kims. The Kims are at the bottom of the societal class (both literally and metaphorically, they live below the flood line area) and the Parks enjoy a luxurious life (they, on the other hand, live at the top of a hill). The lives of these seemingly opposite sides of the capitalist hierarchy merge in what can only be described as either a comedic tragedy or a tragic comedy.

The very first scene of the film shows the Kims trying to leech off of free WiFi from the upper tenant and a cafe nearby. The family lives in an all-too-small semi-basement home that is way too crowded for this family of four. The son, Ki-woo, who should be in college, has failed the entrance exams one too many times. However, thanks to his rich friend Min, who is leaving for America soon, he lands a job as an English tutor (by forging the documents with the help of his sister) to the Park’s high school daughter.

And then the entire Kim family, who being street smart and sensing the gullibility of the simple-minded Mrs Park, manages to work as employees at the Park household – the sister becomes the art therapist for the mischievous young son, the father becomes the driver and the mother becomes the housekeeper (all the while acting like strangers among one another). The Parks suspect nothing, however, the small kid does ask, “Why do all of them smell the same?”

All seems to go well for the Kims, as they sit enjoying the lives of the Parks, when they are away on a camping trip, until the former housekeeper Moon-kwang shows up claiming she left something of hers in the basement.

Turns out, what she left behind in the basement is her husband who has been living there for years to escape those who he owes money to. At this point of the film, the title of the film comes into action, they all are “parasites”, living off of the gullible Park family as well as of the system that, in the pretense of keeping them alive (that too barely), doesn’t allow people like them to ever rise above the vicious cycle of poverty.

Moon-kwang soon figures out the secret of the family and a comedic confrontation ensues. However, in what’s probably classic Bong Joon Ho manner, this confrontation turns bloody – the Parks show up suddenly and Moon-kwang is left inside the basement with a concussion.

The Kims, traumatized and guilt-ridden by the confrontation, come home to find that their home is flooded with sewage water, once again showing that when it comes to disasters those who are vulnerable are the ones most affected. This is further emphasized where Mrs Park gushes about the rain reducing pollution while her driver, Mr Kim, had had to sleep in a gym that night.

The luxury the Kims dream of is like a mirage, they can see it but they can’t grasp it no matter how close they are to it. And in the end, all things come crashing down in their lives.

Bong Joon Ho, whose films are mostly sci-fi, has kept things realistic for the film. Yet, the modern feel (that one would see in a sci-fi film) oozes in almost every frame of the film, through the highly meticulous shots as well as through the Park family home, which is where most of the film takes place. The cinematography is neat and artistic.

Like in all his films, the music plays a huge role in elevating the mood of the scene, acting as warning signs for the audience as well as adding suspense when needed. The actors in the film are brilliant, all perfectly fitting into the roles and they truly live the characters. It’s safe to say that Parasite is one of the best films to have come out in 2019.

Personally, being a fan of Bong Joon Ho’s work, I loved Parasite even more because it reinforced what I already love about his films – his dark, nihilistic yet somehow humorous approach to the harsh realities of life. Although it was quintessential Bong Joon Ho, it was refreshing and unique, all the while being a superbly delicious watch.

Lea Seydoux tests positive for Covid-19 ahead of Cannes appearances

The film ‘The Red Phallus’ made under the united production of Nepal is competing in 69th Berlin Film Festival that... Read More...

'There is no good or bad cinema'

Hearing on case against Home Minister Lamichhane continues
54 minutes ago