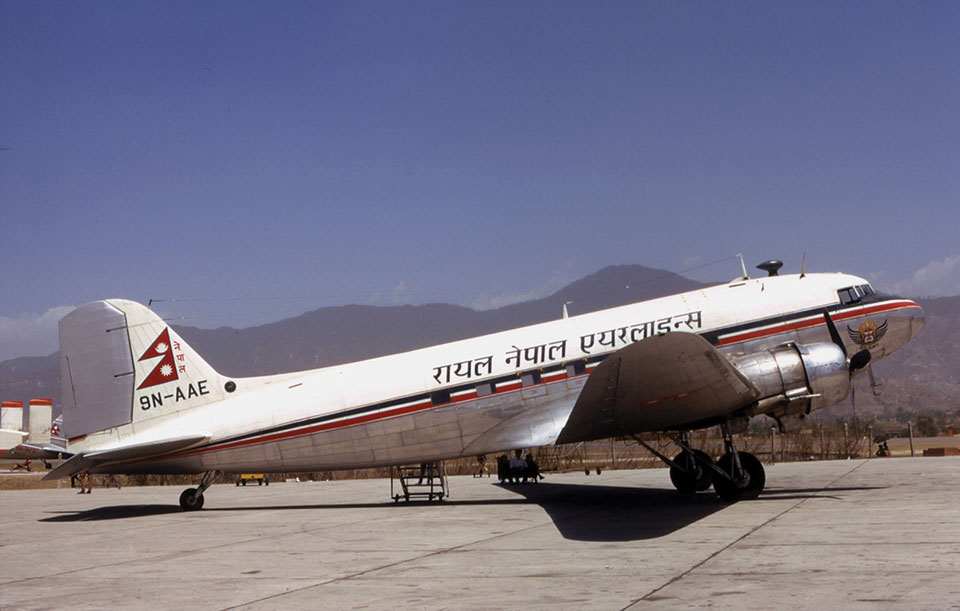 There is a general tendency to trust written material. I am not sure how widespread is the fake news out here, but thanks to Donald Trump we get to hear about it almost every day. The very wide reach of social media, helped by our habit of taking everything at its face value, has created a perfect ground in spreading of fake materials. On the technological side, the ease with which one can edit/alter original photographs and documents to suit one’s nefarious intentions has been no less helpful either. But what of “facts”, not fake, that have hitherto remained unrecorded?

There are many important events, even in areas of our interest that are not yet fully understood or known. It will be prudent to bring out facts if it is still possible to get them before it becomes too late. And this is no less true in the case of Nepal aviation. There are not many who can still provide a glimpse into our early aviation days. This piece is precisely about a couple of such events on flights during non-flying hours only as detailed by a retired pilot hovering around in his mid-80s. This piece aims to describe two events related to circumstances of early years that had necessitated conducting flights, rightly or wrongly, even during period beyond the permissible hours.

No one takes interest on unearthly hour aircraft noise these days. Unlike at present, half of Kathmandu was on the terrace watching the B727 that was struck overhead with a technical issue for hours around midnight in 1978. RA had to lay night flying procedures to get more productive hours out of jets it owned. Flights were, otherwise, barred after sunset. Navigating in and out of Kathmandu became possible with the installation of two navigational equipment that helped provide directional and distance readings. The next thing that required fixing was to ascertain the safe approach altitude and decent profile. This was achieved by running several daytime practice runs. The first B727 night time trail run was successfully conducted on November 17, 1977. The system, save for few tweaks, still continues to be an integral part of most arrivals and departures.

Back in 1974, it was strange to see Army’s Skyvan heading west in a hurry some three hours before sunrise. The army was in a rush to capture Gey Wengdi, person responsible for the Khampa uprising. The odd hour flight, in all probability, was carrying paratroopers to seal Wengdi’s escape route. He had outwitted army’s attempt to trap him earlier. He was ultimately felled at Tinkarlipu on September 15 at near 30N/81E, less than three kilometres from the India “occupied” Nepali territory with terrain altitude of over 15000 feet. Conducted by army, the flight possibly did not come within the ambit of civil aviation rules.

Palungtar mission
A little more elaborate background becomes necessary to help understand the Palungtar mission of November 2, 1960. Following the first parliament election a government led by BP Koirala was installed. An uprising had been ongoing in Gorkha and its surrounding since about a year initiated by none other than Yogi Naharainath. The Yogi was a scholar and a staunch nationalist but also an overtly outspoken person. He even labelled the King Mahendra for being too weak and was naturally not too kind with political parties either. Taking advantage of the ongoing unrest, other small parties also started playing mischief by not just spreading rumours but carrying out not just looting, but even arson. In one rather nasty firing incident at Gorkha on October 25, 1960 (9 Kartik 2017) ten persons happened to be killed and seven injured (as quoted by Rajesh Gautam citing GB Devkota). Some eight days after the incident an aircraft was despatched to Palungtar (known also as Gorkha airport) on the banks of Marsyangdi to fly the injured to Kathmandu. As confirmed by the then first officer it had a clear instruction from Royal palace officials to get the injured to Kathmandu “at any cost that day”. The flight was run by a DC3 (9N-AAE) captained by ASP Jaipal with KK Shrestha as the first officer. As the winter days are shorter, the sunset time was 17:04 for that day or there could be no flights thereafter.

The pilots were on the ground at Palungtar the whole day not knowing if the injured will ever arrive from the uphill location. As it was getting late they were repeatedly asked by the ministry, unaware of the palace’s instruction, tonight stop there as landing after sunset was out of the question. The pilots, on their part, made their intention clear and asked “Gauchar” instead to be on the “standby” through the “di” (.) and “dah” (-) in Morse. The injured finally arrived early evening on mules with most injured with advanced stage of gangrene. Airlifting them became more of an act of mercy than abiding by the inflexible rule. The pilots decided to take off not minding the overpowering stench that had even infiltrated the cockpit. As per the logbook they departed at 17:25 and arrived Kathmandu at 17:55. But all they asked was to position two jeeps at the RWY 34 threshold illuminating the touchdown area beaming into the direction of the runway. Both were ready to face the music for disobeying but they were not duly concerned as they safely made the historic landing.

Stopping at Dhangadi
Next case relates to an interesting night stopping incident at Dhangadi. Captain KK is not sure about the exact date but feels it was before the Palungtar mission. This involved two pilots namely Capt PK Mondol and Co-pilot KB Singh. The third person was a Radio officer AK Sen. As the pilots got drinking they got into a light-hearted argument as to who, between the two, was the most daring pilot. They wanted to prove this by flying at that instant not bothering about what was to follow thereafter. What they did was illegal, undisciplined and, above all, unauthorized as they took off from Dhangadi into the night sky. They even wanted AK Sen to come along but he bluntly declined.

We do not know for how long they flew over or if they could see anything at all. Ironically, Sen was more worried about getting them safely on the ground than two drunks flying in the dark and he was sensible enough as to what he was required to do. He raised the alarm and got villagers nearby help in lighting two bonfires at ends of the grassy runway. And he also had people run with burning maashal along the runway edge. This was enough for the two drunks to land back safely to everyone’s relief.

Guilt-ridden KB Singh resigned the very next day and went away and was never heard again. AK Sen, a Bengali from Calcutta, died about two years back. Mondol had made great contributions in Nepal’s aviation and was a great pilot without a doubt. He continued in RA even after this incident. He is said to have repeated a similar prank somewhere in Borneo/Malaysia later but was lucky to survive again.

Know just as Prof Mondal (for Prafulla) he even penned a spy fiction set in Kathmandu of the early 60s with its title as “Operation Tibet”. But no matter what, the Dhangadi incident marks an unrecorded event making it the first ever night flying in Nepal even if the act itself was unbecoming of proper airmanship.