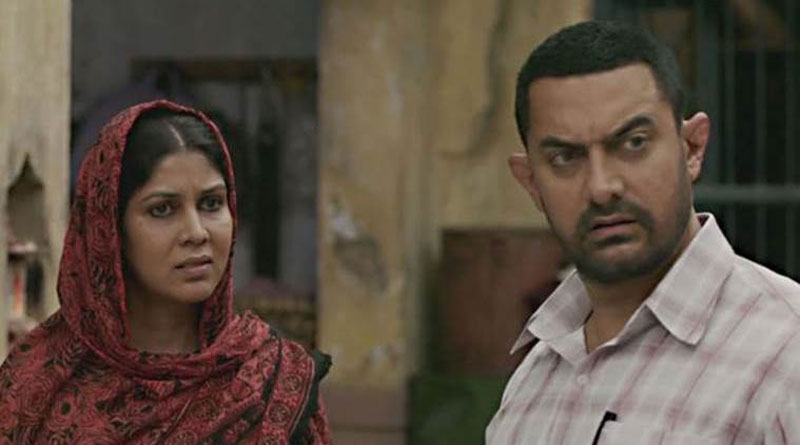 A fictionalised tale, based on the lives of an amateur wrestler — Mahavir Singh Phogat and his famed daughters, Geeta and Babita Phogat — Dangal is an inspirational story of an ambitious father, who, after failing to fulfill his dreams, aspires to achieve his vision of winning a gold medal for his country in an international arena through his progeny.

Narrated through Mahavir’s nephew and the girl’s early sparring partner Omkar’s point of view, the film is a balanced take on the subject and thus offers a few humourous nuggets which otherwise would have been a very dry documentation of their lives.

Designed as a typical sports film, and to establish the subject at the very onset, the narrative begins with a preposterous start but soon settles in on a convincing note, of a tyrant father who ensures his reluctant daughters follow his instructions. The shades in Mahavir’s character are highlighted subtly, bringing his softness and the messages the film relays to the fore.

As a biopic, though one-dimensional, the film is well-packaged and presented in a realistic manner. Apart from a few predictable cinematic liberties, it lacks high-voltage drama and the entertainment quotient is dutifully obligatory. The plot keeps you engrossed right till the end and the climax, with the slow-motion shot of Geeta toppling her opponent, is exhilarating.

The national anthem is used as a magnetic device to extract the feel of patriotism, and unwittingly, the audience land up giving Geeta and the film a standing ovation.

What keeps you glued to the screen, from the beginning, is Aamir Khan’s transformation into a Haryanvi. The actor not only reinvents himself, he tips his films with this novelty factor that wows his audience. This time, playing an aging wrestler, with added pounds and flab to his otherwise chiseled frame, he mesmerizes you with aplomb. He literally breathes and lives the life of Mahavir Singh Phogat in rural Haryana.

But the stars of the film are definitely Zara Wasim and Suhani Bhatnagar. As the young Geeta and Babita, they are simply adorable and charming. They portray their innocent and aggressive attitude with such finesse that you instantly fall in love with their characters and root for them. They lay the foundation for Fatima Sana Shaikh and Sanya Malhotra who play the older versions of the characters.

Similarly Ritwik Sahore as the young Omkar, lays the foundation for Aparshakti Khurana in the older role. They both do full justice to the character.

Vivan Bhatena in a cameo as Mahavir’s office colleague is wasted. Sakshi Tanwar in a passive role as Daya, Mahavir’s wife, is unimpressive as she plays herself.

The songs and background score mesh seamlessly with the narrative. On the production front, the international games are realistically recreated with precision and overall the film has a very realistic look and feel. Sans the performance, “Dangal” seems too perfunctory with its sports and biopic tropes that tend to be inspirational and motivational.

Ethics in bureaucrats is essential for strong bureaucracy: Ex-Secretary Khatiwada (With full interview)