Dahal says he has been denied peace Nobel 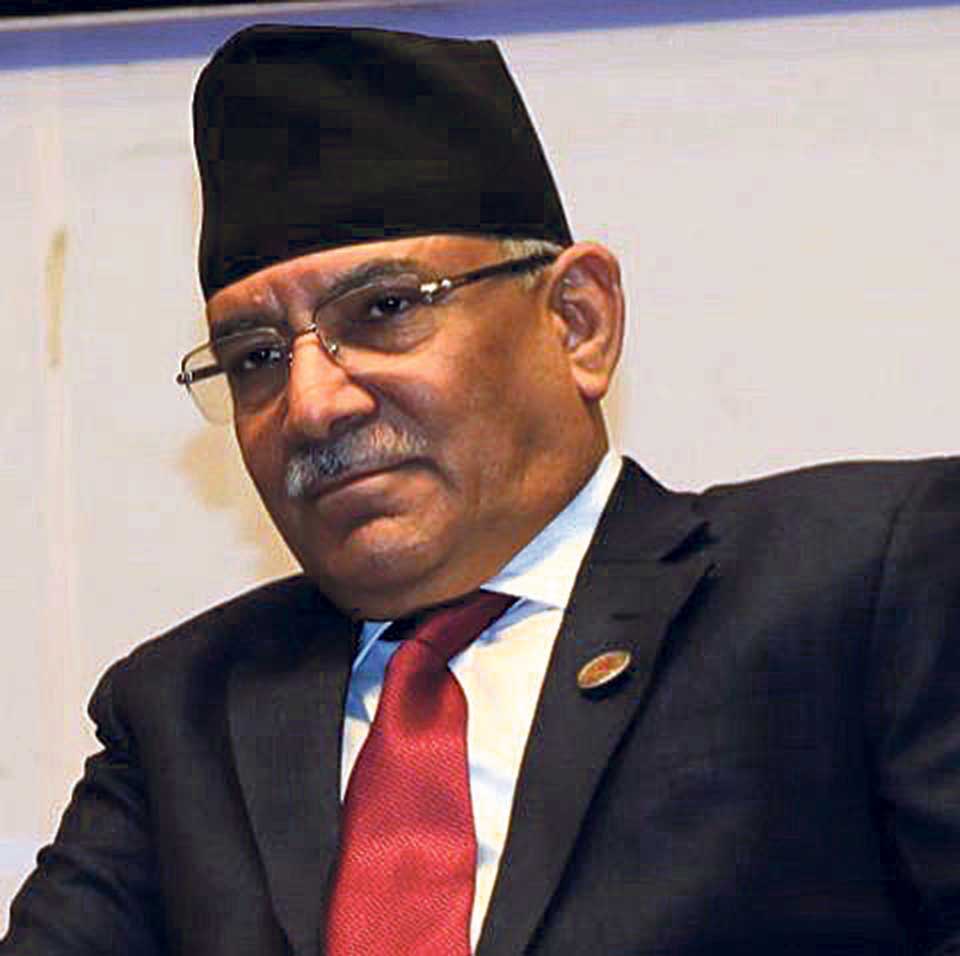 KATHMANDU, Sept 22: Former armed Maoist insurgency chief Pushpa Kamal Dahal, who is now a chairman of the newly re-branded Nepal Communist Party (NCP), on Friday complained about not being conferred the Nobel Peace Prize for his contribution to peace in Nepal.

Dahal argued that as leader of the Maoist insurgents he along with then prime minister Girija Prasad Koirala had worked hard together to bring a peaceful end to the decade-long armed insurgency. He claimed that he is a deserving candidate as Koirala is now dead and the Nobel is not awarded posthumously .

In 2009, the Nepal government had recommended Koirala for the peace Nobel but the Norwegian Nobel Committee did not oblige.

Addressing a panel discussion at the ongoing Democracy Fair 2018 at Basantapur Durbar Square, Dahal said experts and rights activists in the West do not properly appreciate the peace process in Nepal. “If something similar had taken place in the West a Nobel Prize would have been conferred,” he claimed .

Dahal, who has twice headed the government after joining peaceful politics, also criticized the West for its dogmatic views about the Maoist insurgency. He claimed that an armed insurgency was necessary at the time. “We tried our best to raise our issues peacefully,” he said adding, “The armed insurrection started only after we got tired of those efforts .”

At the discussion on the theme of Women in Politics, Dahal said that Nepal has set an example for all South Asia in the inclusion of women in politics. “We are not bragging, but while other South Asian nations also have discussed constitutional guarantees for women's participation in parliaments, none have been able to pass a bill,” he said. Nepal has reserved 33 percent of seats in all state institutions for women.

Addressing another session at the fair, former home minister and Nepali Congress leader Bimalendra Nidhi said every leader should remember that people are at the center in democracy. He asserted that social democracy, the ideal championed by the Nepali Congress, is the form of democracy suitable for Nepal .

The Democracy Fair is the first of its kind to be held in Nepal and will conclude on Saturday. Various political parties have set up their stalls at the fair to propagate their party philosophies and histories.

NC ward chief dies on his way to receive Dashain Tika, his wife dies hearing the news
16 minutes ago