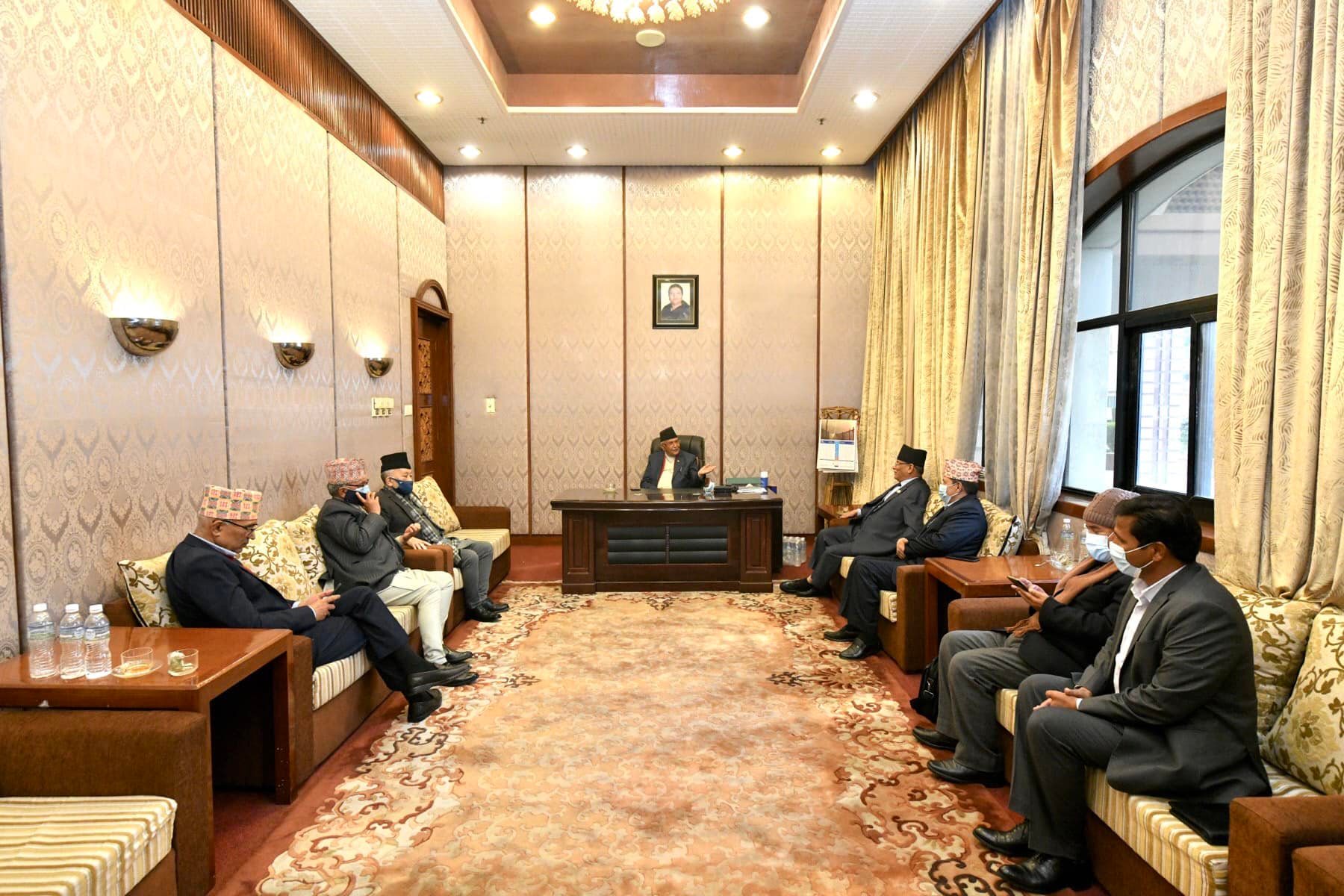 During a meeting held at the Federal Parliament building shortly after his meeting with Prime Minister Deuba on Thursday afternoon, Chairman Oli held a meeting with Dahal. The meeting is seen with much interest as Prime Minister Deuba is seeking to break the alliance if the Maoist Center and CPN (Unified Socialist) decide not to vote for the ratification of the MCC agreement through parliament.

Oli and Dahal had held a one-on-one meeting before other leaders of both the parties joined in. Chairman Oli was accompanied by Senior Vice Chairman Ishwar Pokharel, and Vice Chairmen duo Subash Chandra Nembang and Bishnu Paudel. Vice Chairman Narayan Kaji Shrestha was with Chairman Dahal during the meeting.

The UML has been protesting against Speaker Agni Sapkota in parliament for not taking action against 14 lawmakers the party had sacked earlier. Parliament has failed to function properly due to the UML’s obstruction.

NC sources said that Deuba has expressed his readiness to introduce an impeachment motion against Speaker Agni Sapkota in case the UML comes onboard the government. The UML will then be part of all seven province governments, while Deuba will lead the federal government, the sources added, elaborating on a possible deal between the NC and the UML.