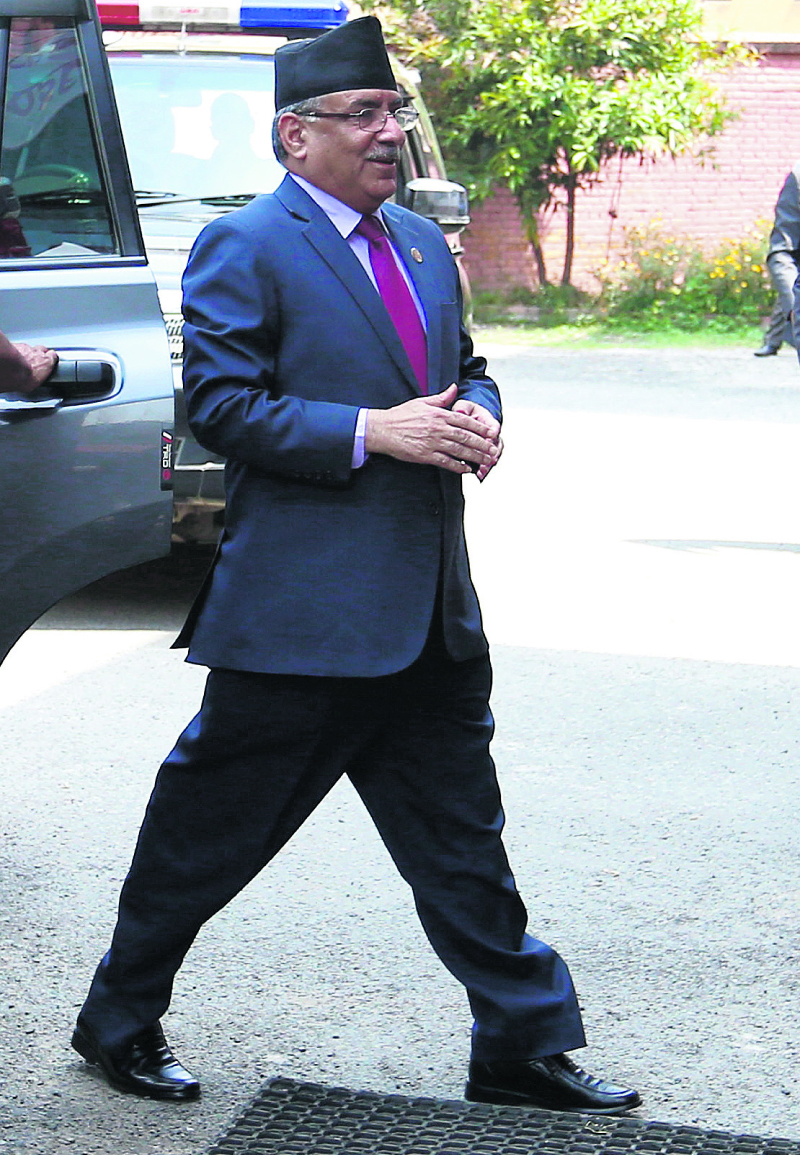 KATHMANDU, May 19: Prime Minister Pushpa Kamal Dahal is making a last-ditch effort to release Rs 3 billion that had entered the country as foreign investment for companies promoted by businessman Ajeya Raj Sumargi.

He has also directed officials concerned for allowing foreign investment of another Rs 8 billion for Sumargi’s firms, a source privy to the issue told Republica.

The source claimed that Dahal wants to release Rs 3 billion stuck in different commercial banks without following due procedure before he steps down from the government.

According to media reports, Dahal is preparing to resign on Monday.  Sumargi is believed to be close to Dahal.

Nepal Rastra Bank (NRB) froze around Rs 3 billion of foreign investment deposited in two commercial banks about four years ago. But PM Dahal now wants to open the file and has given needful instructions to NRB executives, the source added.

Soon after assuming office in Singha Durbar last year, Dahal had held discussions on the issue with secretaries of the Prime Minister’s Office. But he shelved the idea.

The Department of Industry (DoI) had written a letter to the NRB some years ago, seeking its consent for allowing Sumargi’s companies to bring foreign investments worth Rs 12 billion from the British Virgin Island and Cyprus. NRB is yet to respond to the letter.
Both the countries are known as tax havens.

Officials of DoI say that the two companies have applied to increase their capacity by bringing foreign investment.

Sumargi had put the plan to bring additional Rs 8 billion on hold three years ago after the central bank froze Rs 3 billion -- the first tranche of foreign investment.

Meanwhile, the Ministry of Industry is preparing to table Sumargi’s capital increment plan in the meeting of Industrial Promotion Board right after getting the central bank’s nod. Ministry officials say the capital increment plan is one of the key agendas of the upcoming meeting of the board which is chaired by Minister for Industry Nabindra Raj Joshi.

The board’s approval is a must for bringing such a huge foreign investment.
If the capital increment plan gets through the board, it will unfreeze the Rs 3 billion stuck in banks as well as allow Sumargi to bring another Rs 8 billion into the country.
But as Joshi is traveling to the US from Friday, it will take some more days for Dahal’s plan to materialize.

“Preparation for the board meeting has already been completed. But Minister Joshi’s visit has affected the meeting,” an official at the MoI said.  Joshi will return after a week.
NRB Spokesperson Narayan Prasad Paudel, however, said that the central bank has not received any pressure or instruction on the issue. “We have received similar inquiries from others too. But no decision has been taken to release the amount,” added Paudel.

Get set to retaliate against regressive forces during FSU polls: Dahal to YCL