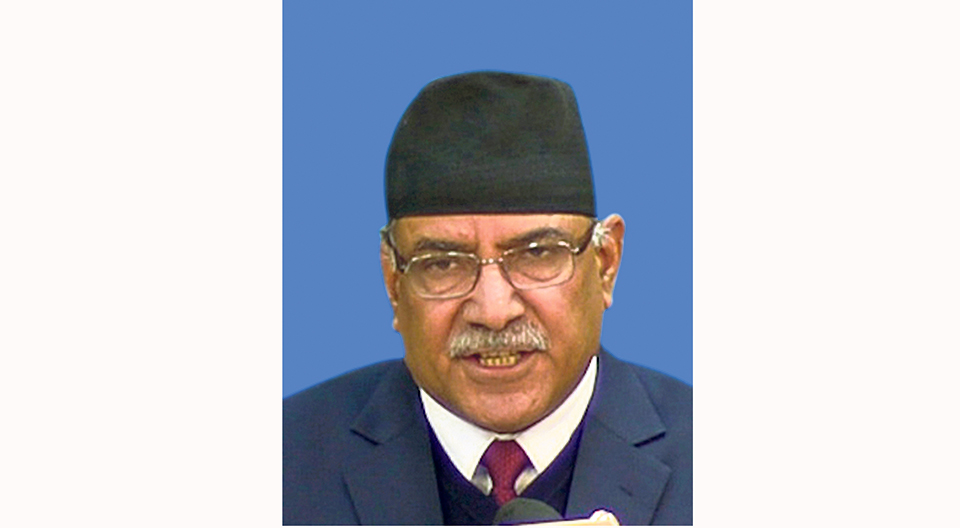 In an address to the NCP parliamentary party meeting held on Friday, Dahal said the row over whether the MCC is  nothing more than US government aid or is part of an Indo-Pacific Strategy (IPS) should be settled before its endorsement by parliament.

At the meeting, Dahal said there was no mention of the IPS while  the MCC agreement was being signed, but confusion has emerged after statements from the  US government and after  its officials mentioned the grant was as a part of the IPS.

“The MCC was signed as a part of aid grant in other countries and  so we also signed it. If it is part of the IPS we should discuss it further,” Dahal reportedly said.

Stating that the ongoing standing committee meeting is also discussing  the MCC grant,  Dahal said the party may reconsider its position on the grant if it is being provided as party of some military alliance.

He made it clear  the Nepal government cannot be part of any military alliance, but parliament can endorse  the MCC if the party thinks it has nothing to do with the IPS.

Dahal’s remark on the MCC comes  a day after  Gokul Baskota, the government’s spokesperson, and Foreign Minister Pradeep Gyawali gave assurances of the grant being given the green light by  parliament shortly after the winter session begins.

The winter session  began on Friday.

Ruling party leaders are sharply divided over the MCC grant. A section  in the party wants it to be rejected if it is part of the IPS. But those  supporting it have been calling for its  immediate endorsement, arguing that it is not related to anything military.

Some opponents of the MCC  including Dev  Gurung believe it is  tied to the IPS -- a strategy many in Nepal believe is designed to contain China and its Belt and Road Initiative.

The 500 million US dollar grant  was supposed to get  parliamentary nod during the previous  session.

Nepal planned to  use the  grant to develop the 400-KV Nepal-India Butwal-Gorakhpur electricity transmission line and to upgrade some roads.

Dissenting NCP lawmakers argue that accepting the grant will be tantamount to joining a US-led military alliance and abandoning Nepal’s long-held foreign policy of non-alignment and Panchasheel. They  argue that the issue needs further discussion within the party before taking it to parliament for endorsement.

A political report tabled at the ongoing NCP standing committee meeting has hinted at possible confrontation between the US and China  in the Asia-Pacific region and in Nepal, due to their conflicting strategies. The report does not elaborate.

1,051 people infected with dengue in a single day
18 minutes ago