Dahal declares communist rule in country for next 50 years 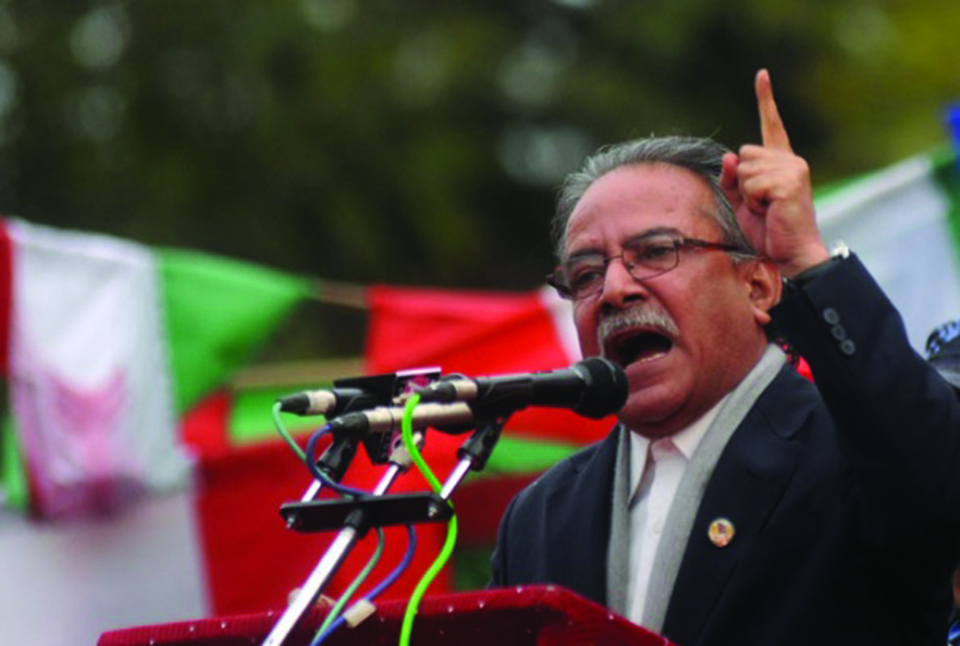 JHAPA, Sept 14: Nepal Communist Party (NCP) chair and former Prime Minister Pushpa Kamal Dahal has said people's faith and trust on the Communist movement is further deepening and a Communist government will lead the country for the next 50 years.

Inaugurating the General Assembly of Gaurishankar Khadka Memorial Trust at Birtamod of Jhapa today, the former Prime Minister claimed there were some forces who resented seeing Communists in the government and they were trying to mislead the people about the Communist movement and leadership.

He went on to claim that Nepali people wished to see the Communist government not for the next five years but for 50 years. "Nepali people have mandated us the responsibility of taking the country towards an era of economic prosperity and peace," he added.

On the same occasion, NCP leader and former CA chair Subash Nembang said Nepal's constitution drafted by the Nepali people being based on the legacy of long struggle and sacrifice was one of the best constitutions in the world.

The past constitutions were issued either by Rana rulers or kings and the present one was drafted by the people themselves and there was no risk that someone would snatch it from us, Nembang added.

NCP Chair Dahal asks party cadres not to get perturbed

Autocracy will not revive at any cost: Chairperson Dahal (with video)

Manaslu avalanche: One killed, several others injured
59 minutes ago