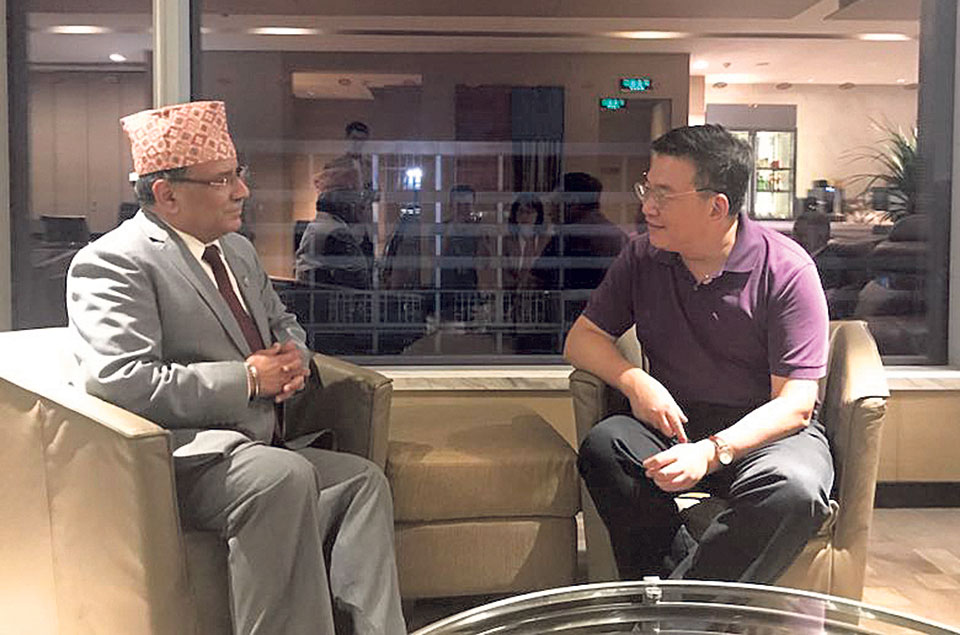 As the taskforces formed to forge consensus and submit final report on the unity of the two parties’ district, provincial committees and the sister organizations struggle to reach consensus, one of the chairpersons of the NCP, Dahal has been spending his time abroad causing further delay in the unification process.

NCP leaders had expected that most of the issues of contention would be resolved at the taskforce level and the remaining could be resolved through the Secretariat meeting. As the taskforces could not submit their reports on time, the standing committee meeting of the NCP has already been deferred twice.

Amid differences in the unification process of the party’s sister organizations as well as district and provincial committees, Dahal left for India for a six-day visit on September 6. Many in Kathmandu have described this  visit as ‘ill-timed’, as Dahal  desperately seeks to project him as prime minister in waiting.

However, the two chairpersons did not hold any meeting to resolve the differences. The unification process has been further delayed as Dahal on Saturday left for China. Another senior leader of the erstwhile NCP Narayan Kaji Shrestha has also flown to China.

When Dahal returns home, another NCP Chairman and Prime Minister KP Oli is scheduled to fly to New York to participate in the UN General Assembly on September 22.

As the unification process of the two former parties has witnessed some problems, many senior leaders of the NCP have been visiting China.

While Speaker Krishna Bahadur Mahara returned home after his visit to the northern neighbor, Chairman Dahal and his deputy Shrestha are currently in China. On Wednesday, Vice President Nanda Bahadur Pun and another senior NCP leader Subas Nembang are also leaving for China.

Pushpa Kamal Dahal off to China