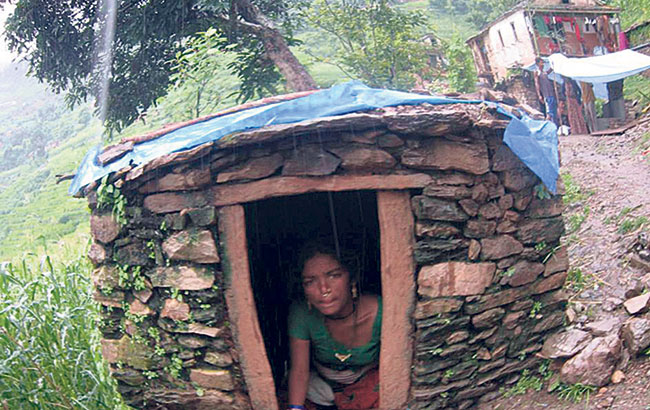 KATHMANDU, Aug 9: The Legislature Parliament passed the Criminal Code 2074 on Wednesday.
The Parliament brought the new code in order to update the criminal law which was earlier based on the amendment of Civil Code-2021.

After the Code is certified by the President, it would come into effect from coming Bhadra 1 (August 17).

With the introduction of new Criminal Code, the traditional social practice of Chhaupadi (a social ill prevalent in the mid and far-western region of Nepal- exclusion of women from family during menstruation, by taking shelter in shed) would be criminalized.

Those forcing woman to take refuge in shed during the period would now be punished with three month's jail term along witih fine.

Five bills including the criminal code have been presented in the parliament replacing the Civil Code-2021. The Criminal Code was finalized with rigorous discussion for five months.

The Code has also criminalized those involved in making anyone disappear, seizing public land and match fixing.

Meanwhile, a discussion in principle has been held on health insurance bill-2074. The Legislature-Parliament shall meet next at 1:00 pm tomorrow. RSS

KATHMANDU, Jan 26: A parliamentary panel has proposed that the practice of chhaupad, which is common mostly in the mid and... Read More...

Fire breaks out at Soaltee City (with photos)
13 hours ago