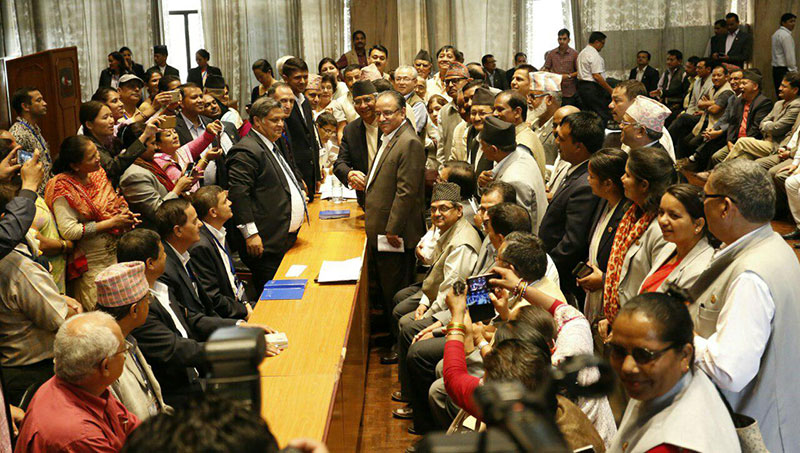 Dahal shakes hands with Deuba after filing his nomination for the election of new Prime Minister to be held in Parliament on Wednesday. ( Dipesh Shrestha/Republica)

KATHMANDU, Aug 1: CPN (Maoist Center) Chairman Puspa Kamal Dahal has filed his candidacy for the election of the post of Prime Minister at the Legislature-Parliament in New Baneshwar on Tuesday.

According to the schedule, lawmakers can file candidacy from 11 am to 4 pm.

A final list of the candidates will be published at 4:30 pm the same day. Voting to elect the new prime minister will begin at 11 am, Wednesday. 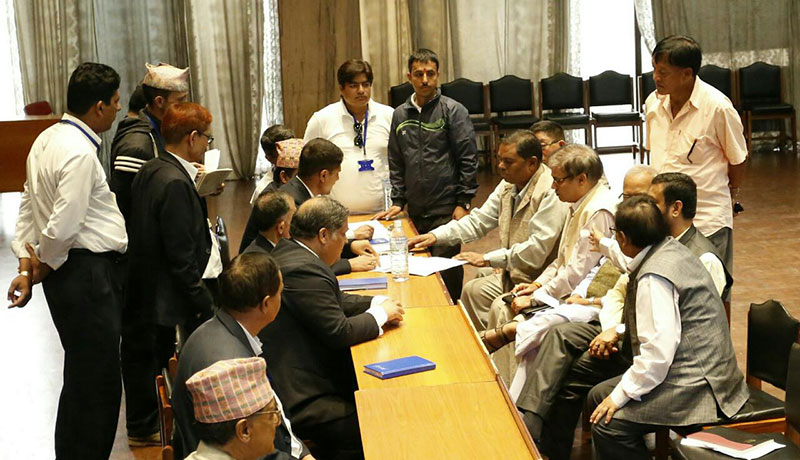 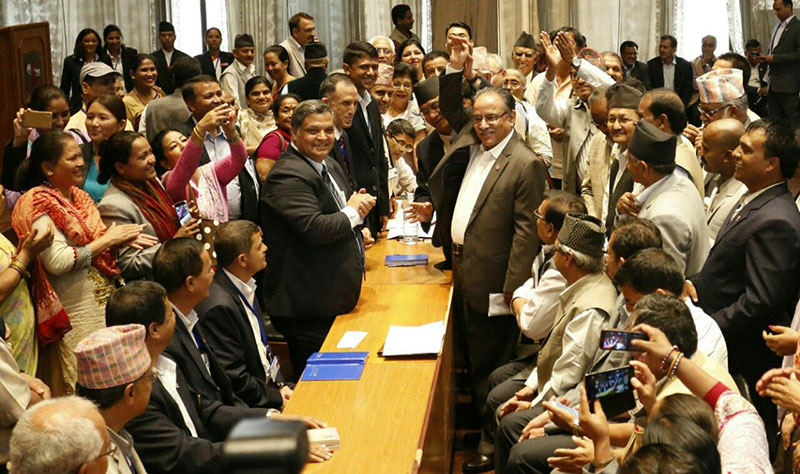 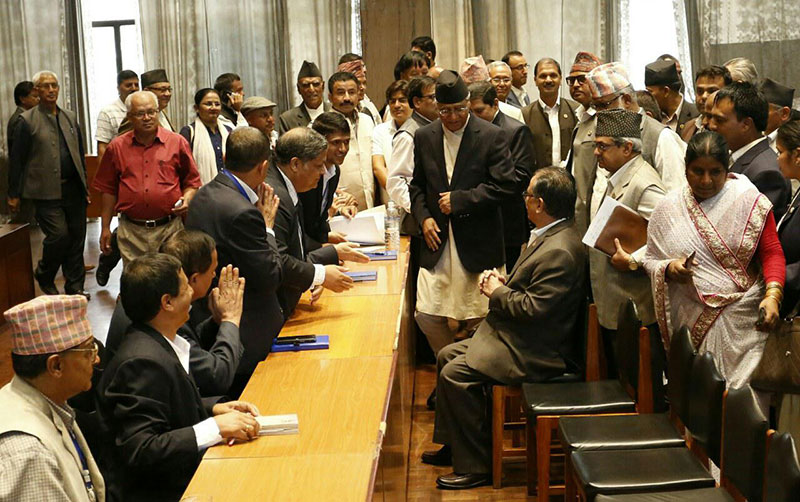