KATHMANDU, May 3: The CPN (Maoist Center) has sought to revoke the decision to reappoint Shankar Pokharel as the Chief Minister of Lumbini Province.

Chairman of CPN (Maoist Center) Pushpa Kamal Dahal in a statement said that the move of Lumbini Province governor to reappoint Pokharel as Chief Minister in his capacity as the leader of the party that has majority seats in the parliament has drawn serious attention.

There are currently 81 lawmakers in Lumbini Provincial Assembly after two lawmakers of the CPN (Moist center) and four others of JSP lost their positions as the members of the assembly. Of the 81 lawmakers, 41 are from the CPN-UML and this number is enough to form a simple majority government.

“Instead of facing a no-confidence motion through the democratic process, the Chief Minister resigned and blocked the proceedings of parliament,” Dahal said in the statement. “The resignation can be taken positively, but it is not only surprising and ridiculous but also immoral and unconstitutional for a person to claim the formation of a new government.”

CM Pokharel submitted his resignation from the post of CM on Sunday morning.

A provincial assembly meeting was scheduled to discuss a no-confidence motion filed against CM Pokharel on Sunday. “We condemn this unconstitutional and undemocratic decision. We express solidarity with the struggle of the parliamentarians of the Lumbini Province,” Dahal said. “We draw the serious attention of the Lumbini Chief Minister to maintain the dignity of the constitution and democracy by appointing Kul Prasad KC, a contender for the formation of a coalition government.” 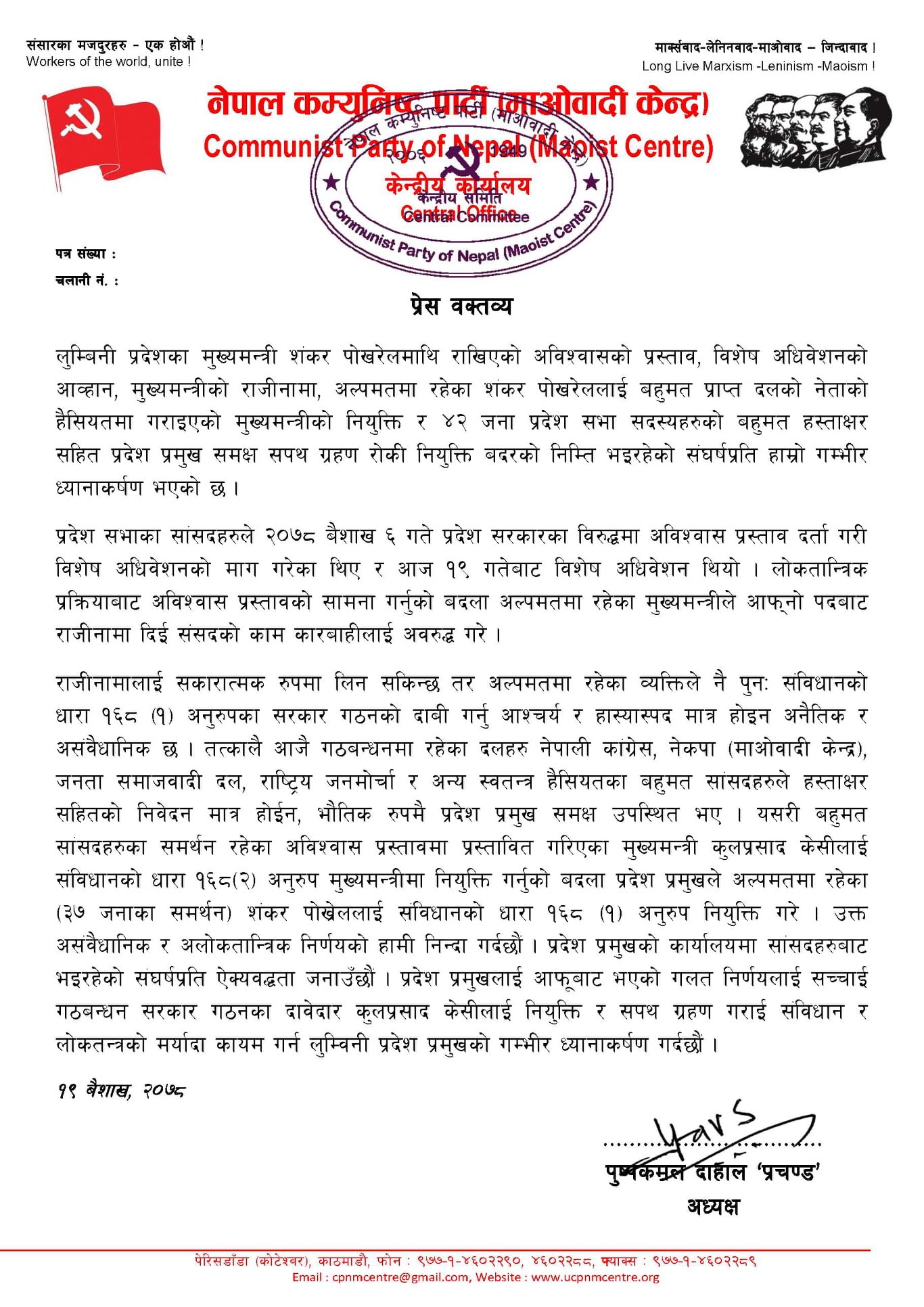 KATHMANDU, May 4: The CPN (Maoist Center) has decided to withdraw its support extended earlier to the KP Oli-led government. Read More...

Maoist Center will have 35 percent women, 20 percent youths in all party committees

Thapa will remain a Cabinet member only for the next six months unless he obtains parliament membership ... Read More...