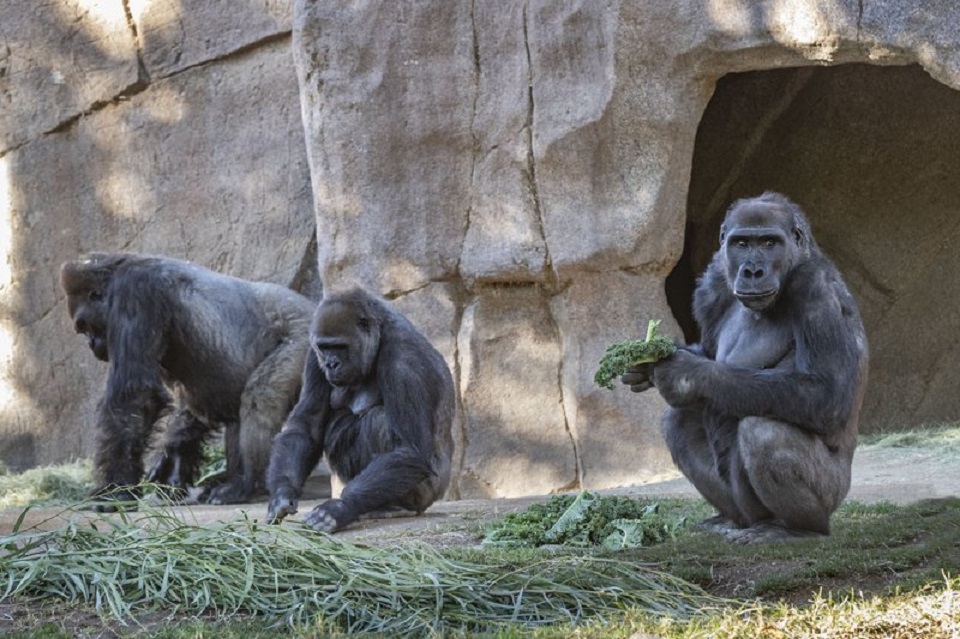 Zoo Atlanta said Friday that employees noticed the gorillas had been coughing, had runny noses and showed changes in appetite. A veterinary lab at the University of Georgia returned positive tests for the respiratory illness. Zoo Atlanta says it’s waiting on confirmation from the National Veterinary Services Lab in Ames, Iowa.

The zoo says it is treating the gorillas at risk of developing complications from SARS-CoV-2 with monoclonal antibodies. The zoo is also testing all 20 of its gorillas, who live in four troops.

Zoo officials say they believe an asymptomatic employee who cares for the gorillas passed on the virus. The employee had been fully vaccinated and was wearing protective equipment such as a mask and gloves.

The zoo says there’s no evidence that the gorillas can pass the virus back to humans and says visitors are too far away to be infected by gorillas.

“We are very concerned that these infections occurred, especially given that our safety protocols when working with great apes and other susceptible animal species are, and throughout the pandemic have been, extremely rigorous,” said Dr. Sam Rivera, the zoo’s senior director of animal health, said in a statement.

Rivera tells The Atlanta Journal-Constitution that Atlanta’s gorillas appear to be the second group of great apes infected by COVID-19, after eight gorillas at the San Diego Zoo Safari Park were treated for the virus in January. One San Diego silverback received an experimental antibody regimen, and all recovered.

Because the gorillas live close together, Rivera said it’s impossible to keep infected animals isolated. He said the Atlanta zoo will vaccinate the gorillas with a veterinary vaccine. Zoo Atlanta is vaccinating its Bornean and Sumatran orangutans, its Sumatran tigers, its African lions and its clouded leopard.

Rivera said Ozzie is showing mild symptoms. “We don’t feel that we’re out of the woods,” he added. “We’re taking it on a day by day basis.”

The zoo says it has stepped up anti-infection efforts including more protective masks, suits, more intensive cleaning and increased ventilation.

The public is getting its first glimpse of new red panda cub at the Milwaukee County Zoo. ... Read More...

'Mini Zoo' in the offing

DANG, Oct 13: The construction works for developing a 'mini zoo' within the Rapti Shanti Park periphery has kicked off. Read More...