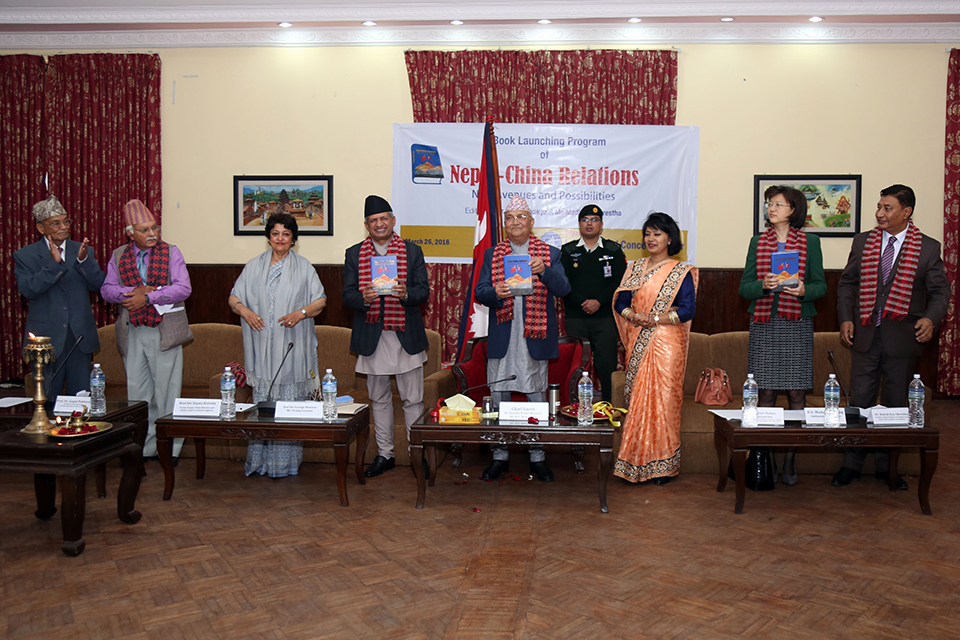 KATHMANDU, March 26:  Prime Minister KP Sharma Oli has said that Nepal's foreign policy based on a policy of friendship will remain balanced.

Speaking after releasing a book on 'Nepal-China relations' at a function held at the Prime Minister's official residence in Baluwatar on Monday, he said relations with all the friendly nations will be based on equality. "We emphasize on friendship, our policy is of friendship, and hence it cannot be unequal and unbalanced. It will be equal," he said.

On a different note, the Prime Minister said any matter that disturbs the newfound change and peace in Nepal is not acceptable. "Efforts to disturb social relations shall not be tolerated", he said while adding that efforts would continue to minimize inequality while discrimination shall be put to an end.

On the occasion, Foreign Minister Pradeep Kumar Gyawali said international relations shall be expanded in a balanced manner while noting that the relations between the Nepal and China will gain new height in the days to come.

Chinese Ambassador to Nepal Yu Hong said the Belt and Road Initiative is a noble opportunity to expand China-Nepal relations and mutual collaboration.

The book is a compilation of 25 articles on foreign relations including by Prime Minister Oli, former PM Madhav Kumar Nepal and six former ambassadors among others. Dr Anjan Shakya is the editor of the book published by International Concern Center. RSS