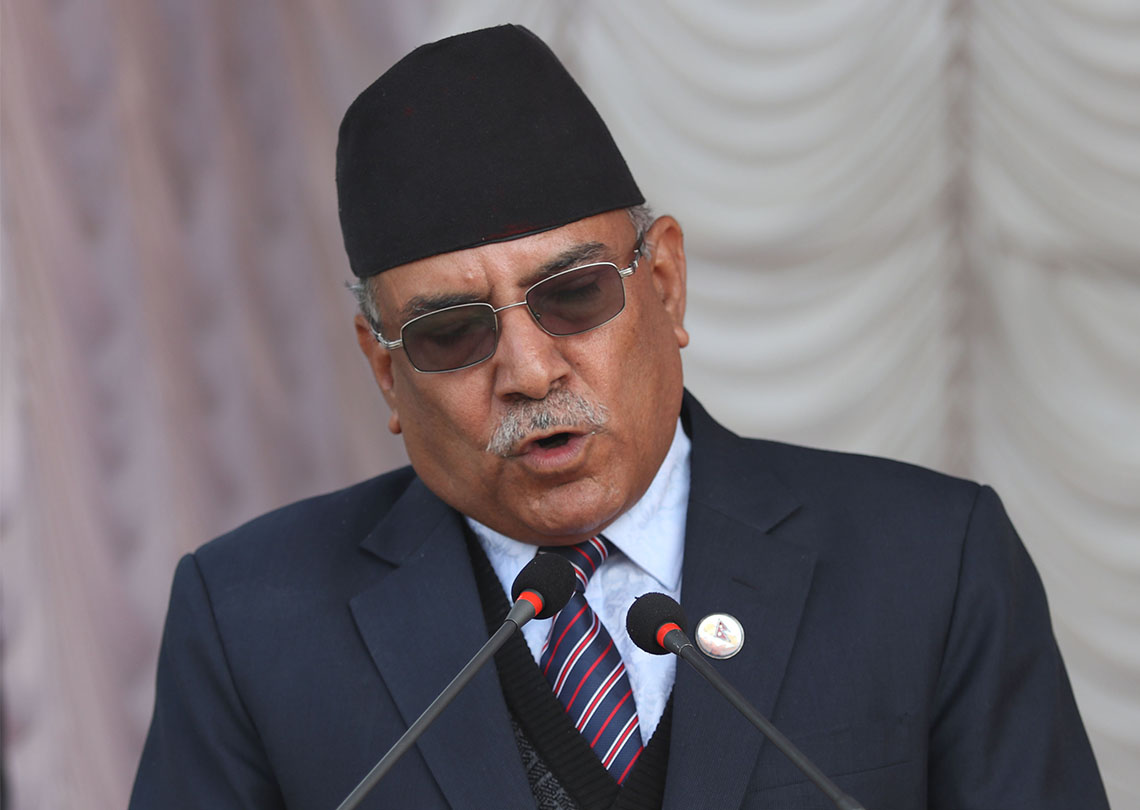 Opening a petrol pump set up by District Cooperatives Association Chitwan here today, Chairman Dahal argued that as per three-pillar economic policy, the cooperative was the prerequisite of economic prosperity with social justice.

"All major political parties and leaders have made the resolution to work together for the economic prosperity of the country," he reminded, adding that economy could be boosted through the collaboration among public, private and cooperatives. According to him, the first cooperative of Nepal, Bakhan Cooperatives, was established in Chitwan.

He hoped Chitwan's Bharatpur Metropolis would be the place to make the record on various development fronts. On the occasion, District Cooperative Association Chairman, Tikaram Bhattarai, informed that there were 294 cooperatives in the district, and they have made invested ranging from Rs 25,000 to Rs 2.5 million to set up the petrol pump.

The construction of the modern pump cost Rs 46 million. It is set up at Ward No 10 of Bharatpur Metropolis. It is capacious for 1o4,000 litres of petroleum products – petrol and diesel. Eight vehicles can fill their tanks at once from the pump constructed in a bigha of land. It is friendly to disabled persons; and has eatery, grocery in the premises. RSS

KATHMANDU, June 11: The minimum age to become a member of a cooperative has been set at 16, according to a... Read More...

KATHMANDU, July 4: Cooperatives will now have to report their financial transactions online on a regular basis to the regulator or... Read More...

KATHMANDU, July 24: Nepal Rastra Bank (NRB) has released all 14 cooperatives that had received the license to carry out limited... Read More...

Demand for resignation of CAN executive committee
6 hours ago
Two injured as a man tries to self-immolate in Pokhara, woman's condition critical
6 hours ago