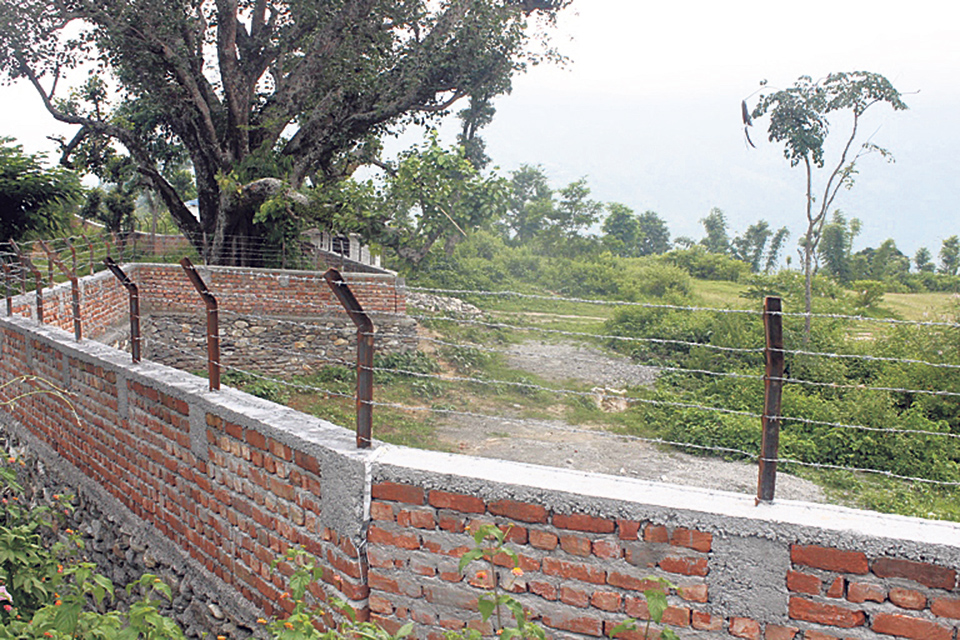 DHANKUTA, Sept 7: Industrialists of Dhankuta are waiting for the construction of micro industrial village that has been pending till date.

Cottage and Small Industry Development Committee of the Ministry of Industry had announced that a micro industrial village would be constructed in the land of Industrial District Management Ltd 10 years ago. But nobody has information about when the construction will take place.

Even Satya Narayan Rai, acting director at industry development section of Dhankuta Municipality, who is responsible for the construction work, does not have information regarding it.

“The construction is happening every year but its operation is like a dream. We don’t know when it will start operating,” Rai said.

Most of the industrialists are waiting for the micro industrial village to start operating soon. But their dreams have shattered every year.

“My years-long dream is yet to come true,” Kandangwa said: “Nevertheless, as the construction is taking place, we still have hope that it might be completed sometime.”

Through the micro industrial village, the government had planned to unify cottage industries in a single place to serve the customers.

The Department of Cottage and Small Scale Industries located at Tripureshwar, Kathmandu, had prepared the Detailed Project Report (DPR) and started the project.

Acting director Rai said that on the basis of the DPR, the ownership of land under Industrial District Management Limited has been transferred to Cottage and Small Industry Development Committee to go ahead with the construction.

According to the DPR, the village is supposed to install three-phase electric power, manage drinking water road, and keep watchmen in its premises.

This year there is a plan of constructing a building to administer the industrial village. A fund of Rs 350 million has been raised for the construction of the building.

Department of Urban Development and Building Construction is working on the estimate according to the budget. Rai said that the construction work will start from January.

Govt to open industrial village in all local units

KATHMANDU, May 22: The government has said that it would establish an industrial estate each in all seven provinces. ... Read More...

GORKHA, Aug 30: Save the Children, too, seems to be in no hurry. It has been five months since the... Read More...

Hearing on HoR dissolution to continue tomorrow
21 hours ago

Trump impeachment goes to Senate, testing his sway over GOP
7 hours ago