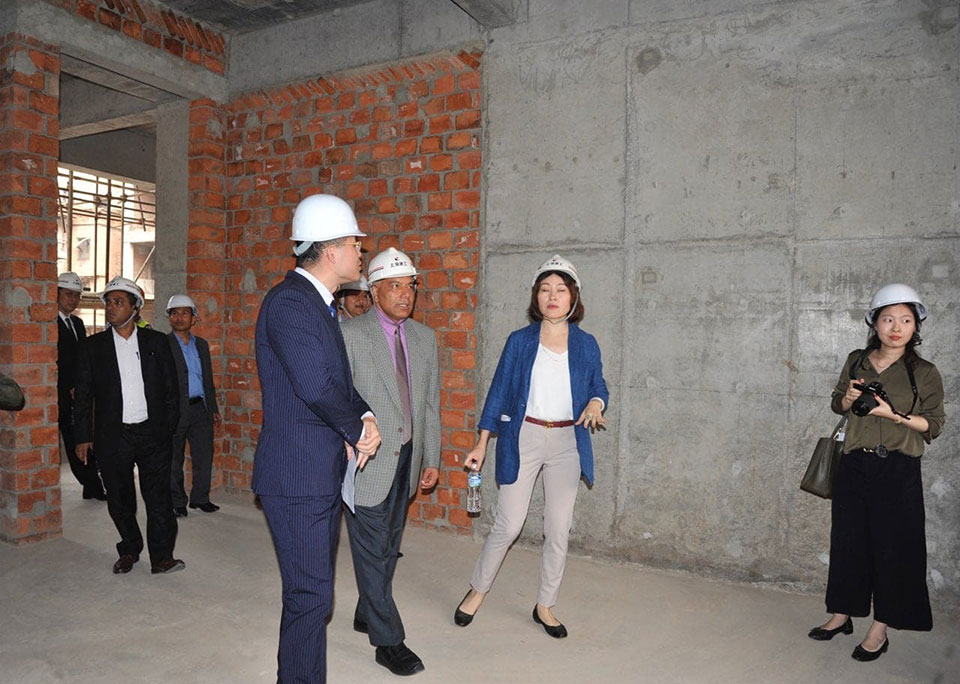 KATHMANDU, May 24: The reconstruction of the main building of Durbar High School, Kathmandu has been completed which was severely damaged by the 2015 earthquakes.

Amid a function, Chinese Ambassador to Nepal Hou Yanqi and Chief Executive Officer of the National Reconstruction Authority Sushil Gyawali jointly inaugurated the building on Friday.

The main building of the school was reconstructed with financial and technical support from the Chinese government.

According to the Principle of Durbar High School, Hem Chandra Mahato, it took ten months to complete the reconstruction of the school building.

The reconstruction of the school started on August 4, 2018.

China's Shanghai Construction Group was awarded the contract to reconstruct the building within 20 months. However, the reconstruction work of the main building has been completed before the scheduled time, said Mahato.

Speaking during the event, Chinese Ambassador to Nepal Hou Yanqi, vowed to complete the remaining reconstruction works of the main building of Durbar High School at the earliest.

The building of the school is one of the 25 quake-damaged projects that China has agreed to help reconstruct in Nepal.

The school, established in 1853, was shifted to the current location in 1891.

After a 7.8-magnitude earthquake jolted Nepal in 2015, the government had made an arrangement to teach the students at make-shift shelters within the school premises.  Before the devastating quake, the building was housing two schools -- Durbar High School and Sanskrit Secondary School with around 500 students.

SINDHUPALCHOWK, May 8: Even after two years of the devastating earthquake, its victims feel that the government agencies have not... Read More...

Lalitpur DAO suspends all but essential services
5 hours ago
Residents can install EVs charging units for their personal use: NEA
4 hours ago