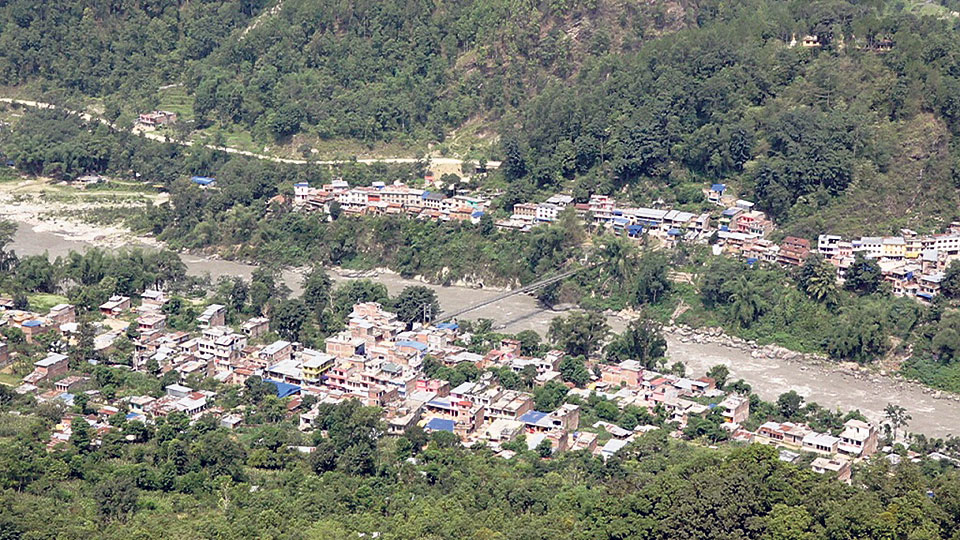 DHADING, Dec 3: Compensation amount for land to be acquired in Dhading and Gorkha districts for Budhigandaki Hydropower Project have been determined.

A joint meeting of Compensation Fixation Committee of the two districts held on Sunday determined the compensation for land plots to be acquired in Arughat and Khahare of Dhading and Arughat and Arkhet of Gorkha.

Asman Tamang, joint coordinator of Joint Compensation Fixation Committee and Chief District Officer of Dhading, said they fixed the compensation amount based on the distance of land plots from main road, secondary roads and foot trails, as well as location of the land plots. "Landowners will get Rs 50,000 to Rs 700,000 per ana depending on type of land, commercial value and road access," he added.

The project will affect 14 local units of Gorkha and 13 of Dhading. The project has already distributed compensation for areas except Arughat, Arkhet and Khahare.

Along with land plots, owners will get separate compensation for buildings, trees and other resources in their land plots.

The project office will invite land owners to collect compensation through mass media after the compensation rate is published in Nepal Gazzette.

The project will acquire a total of 58,153 ropani of land. It has already distributed Rs 26.84 billion as compensation for 44,658 ropani.