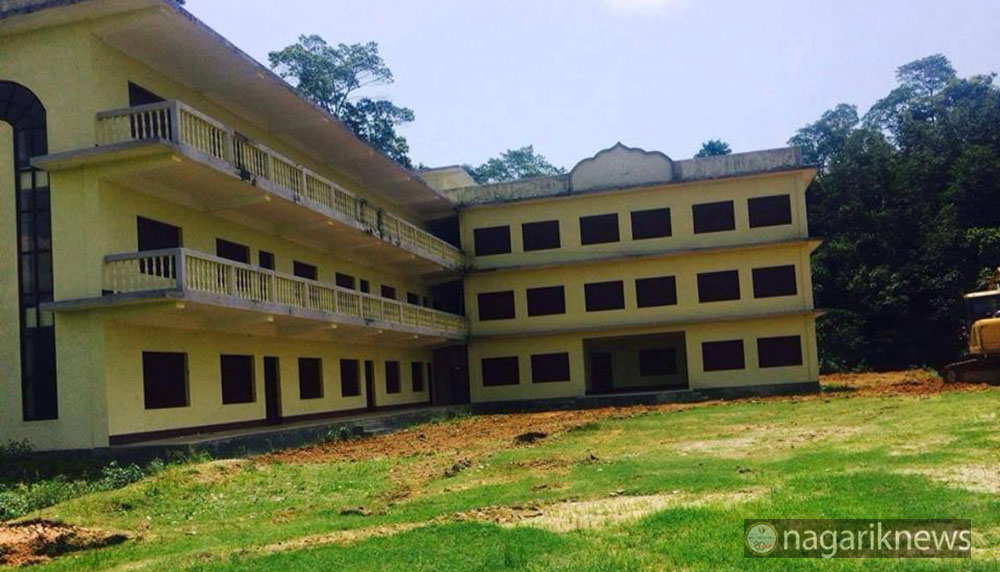 SANKHUWASABHA, May 1: The president along with handful of teachers, government workers and few members were able negotiate their way to open a private school in Himalaya Kiran community college, Khadbari.

Sher Bahadur Ban, a local guardian of Khandbari municipality-7 argued that the campus management committee didn’t bother to inform the public. Instead, they secretly rented the building for a private boarding school, Arun Valley.

“They shouldn’t make campus a source of business,” Ban said adding that the campus was lured to rent its 28 classrooms after being offered Rs. 150,000 per year.

Locals have filed a case against it in Dhankuta High. The community campus was built with support from the Indian Embassy which is yet to handover the buildings to the campus administration.

According to Kuber Prasad Bhetuwal, principal of Manakamana Ratna Ambika Secondary School and member of Khadbari municipality’s education board, “no one submitted complete documents that stated a private school would be opened in community campus building.”  To operate a secondary level school, one has to submit applications two months before which would be reviewed by the District or Municipality Education Committee. However, Arun Valley has done neither. Instead, it pressured municipality executive committee meetings to get permission.

The campus’s committee comprises the president’s wife, son of DEO, wife of campus chief, Khadbari municipality officer and teahers of government schools who are appointed as shareholders.

Chet Kumar Pokhrel, District Education Officer argued that DEO had nothing to do about the deal. “It was done under recommendations of Khadbari municipality.”