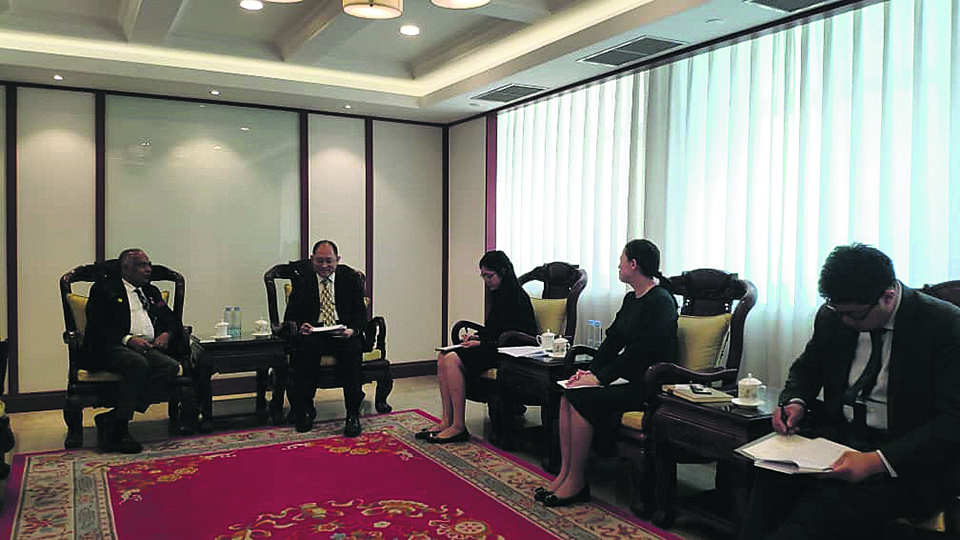 Two-way dialogues were held between Moore and Pengqui on Friday, regarding trade affairs between the two nations. CCPIT is the representative body for the private sector of China.

Pengqui stated that China was always willing to support and promote tourism development in Nepal, especially through its support toward the development of Lumbini area as the prime component of the Buddhist circuit.

He said that efforts will also be made to increase Nepal's exports to China, and promised that custom duty waiver regulations will also be revisited. He said that he and his organization – Nepal China Trade Forum – will put in their best efforts to ease business transactions and increase connectivity between the two nations.

In the meeting, Moore thanked China for its significant contribution at Nepal Investment Summit 2019, and stated that he hoped to receive the same level of enthusiasm in the upcoming days. He said that Nepal's law and trade provisions have been amended with changing times – specifically the Industrial Enterprise Act – which made Nepal a suitable place for investment.

To increase the level of business transactions, Moore said that it was essential that the non-tariff barriers be uplifted and trade fairs be organized frequently.

Govt forms panel to probe death of rhino
46 minutes ago