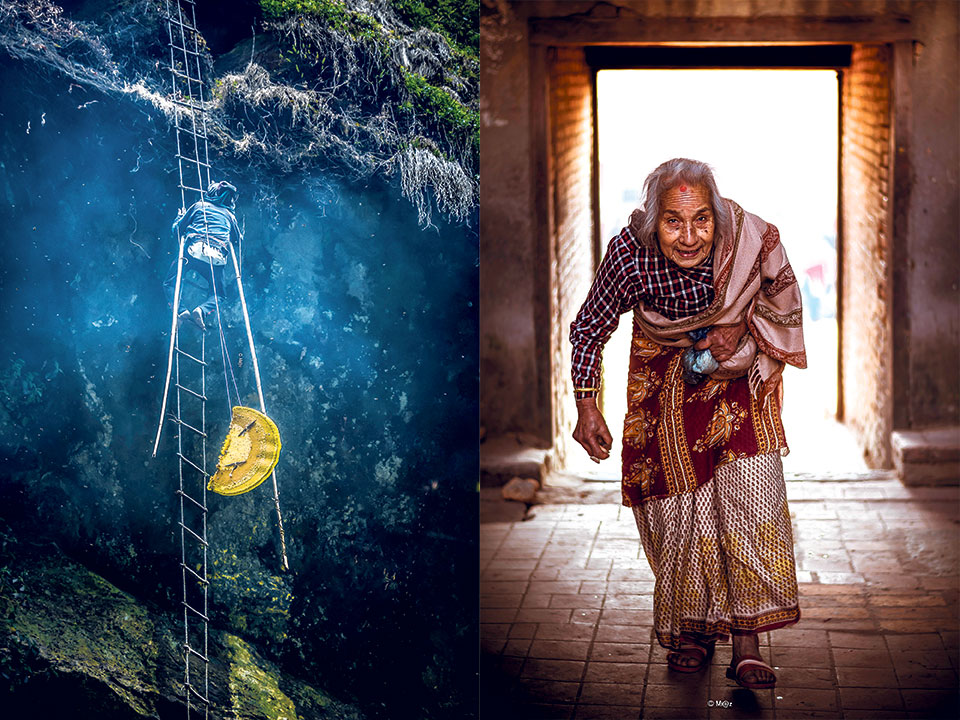 Mia Tuladhar feels that photography has made her more adventurous and bettered her communication skills. She mentions that she started taking photos on her cell phone and because they came out quite good, she realized she had a flair for photography and took it up a bit more seriously after that.

“When I started out, it was a new interest and I never thought photography would go on to become anything more than taking random shots with my phone,” she says adding that she went on to participate in and even win a few photography competitions and that fueled her drive to take better photos.

Tuladhar’s foray into photography actually took a meaningful turn when she stumbled upon a photography page called Click Nepal. Here she had access to different photographers and their works, from amateurs to professionals. She invested in a good camera and started participating in their weekly events. She claims that her photography skills got better with every photo walk and other assignments that she had to complete after the events.

“I never missed a single day of the weekly event, no matter how early I had to get up or how unfavorable the weather was. In my head, I had found my passion and I was not going to give up,” she says adding that seeing her determination even her family started cheering on her.

Today, Tuladhar shares that she does all sorts of photography like landscape, creative photography, long exposure and zoom burst but she mostly loves doing portrait photography of children and senior citizens. This, she says, is mainly because children are very innocent and they don’t fake their emotions just for the sake of a good picture.

“Children are not as conscious about their appearances as adults. They are usually natural in their actions and play, run, and scream despite having a camera pointed at them. I love capturing their reactions and emotions,” she says. Similarly, senior citizens are usually found sitting alone quietly, lost in their own thoughts. Tuladhar says that they are usually happy to talk to her and she loves listening to their stories.

“Many elderly sitting around in public places are lonely and want someone to listen to them and I like that I can indulge them even if for just a little while,” she says adding that photographing them is always a pleasure though because she likes they way their eyes crinkle when they smile.

Additionally, she also enjoys photographing women as she feels she can relate to them – their joys and sorrows. However, she wants to photograph women in their myriad forms. From the working women to the housewives, she wants to capture women from all walks of life in her photos.

Tuladhar says she also enjoys traveling to new places and discovering quaint little villages in Nepal. She recalls traveling to Sidhing village to photograph the honey hunters there and says she was completely mesmerized by the way people were dedicated to their work.

“People there are living in a state of scarcity and there isn’t much to keep them going. But they still do their best. It was inspiring,” she says adding that she felt a sense of peace wash over her as she watched the locals there go about their daily lives.

Tuladhar says that photography has thus given her many opportunities to witness life in its various forms and for that she is eternally grateful. She believes she would not have been the person she is had it not been for her passion for photography. It, she says, has helped her learn and grow, much more than anything else.

However, she laments that photography in Nepal, like many other fields, is primarily dominated by men. There are a few budding female photographers, she says, but it’s still a choice of career that’s met with much scorn. She hopes to see this change and for that always encourages young women to take up photography if they have a knack for it.

“It’s an interesting field and you don’t even have to invest in expensive gears to get started. These days, everyone has a phone and everyone can start by taking pictures with it,” she says. Tuladhar’s advice to anyone who wants to work on their photography skills is to explore your surroundings and take photos of anything that catches your fancy. “You could also learn some basic editing techniques and take it from there,” she says.

But she maintains that you should be mindful of a few things while taking photos. “Just because you have a camera doesn’t mean you can go around violating other people’s privacy and personal life,” she says explaining that asking for permission before aiming and shooting something or someone is always a good idea. She further adds that to be a good photographer, you have to be patient and disciplined because it’s not a skill that can be learnt and mastered overnight. “But first, you have to kind and polite. That’s basic,” she concludes.

You simply can’t deny that there is a subtle charm in black and white photography. Contemporary photographers often choose to... Read More...