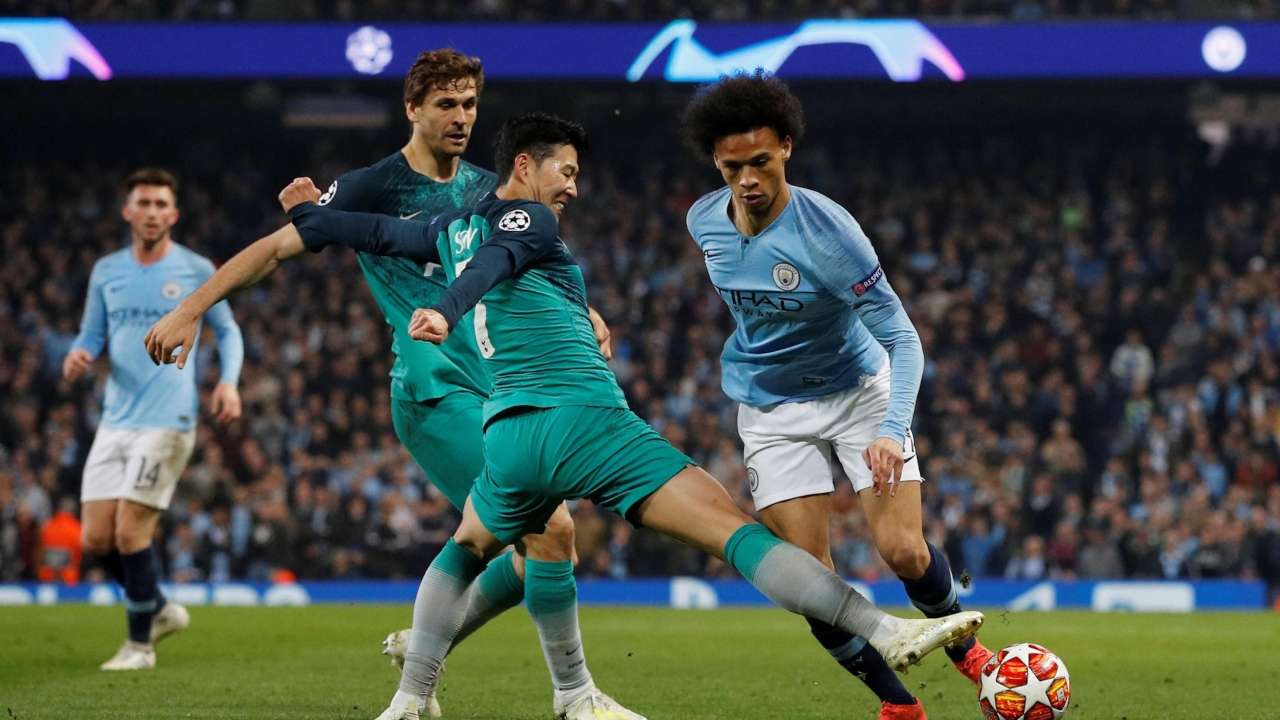 LONDON, April 20: Manchester City returned to the top of the Premier League with a fifth-minute Phil Foden goal giving them a nervy 1-0 win over Tottenham Hotspur at the Etihad stadium on Saturday.

The victory for Pep Guardiola’s side, three days after Spurs eliminated City from the Champions League, puts the pressure back on title rivals Liverpool who are at Cardiff City on Sunday and trail by a point with both teams having played 34 games.

But City’s 10th Premier League in a row came at a price with key midfielder Kevin De Bruyne forced off with what looked like another knee injury in the 38th minute.

It remains to be seen how serious that injury is but it will surely put him in doubt for Wednesday’s crucial Manchester derby at Old Trafford — the last game City face against top-six opponents.

After all the emotion of Wednesday’s extraordinary Champions League quarter-final second leg, which Spurs won on away goals, it was perhaps not surprising that this game was a tighter affair.

With the result in the balance until the end and City desperate to cling on to all three points, the final stages were as nervous as Wednesday’s were thrilling.

“We knew what they were about because we have played them twice (recently) already,” said Foden.

“It’s hard and we looked a bit leggy but we got the job done.”

Just as on Wednesday, City took an early lead.

Bernardo Silva created the goal, coasting past two Tottenham defenders before floating a delightful cross to Sergio Aguero who headed back across the face of the goal to Foden to nod in from close range.

It was the first goal in the Premier League for the 18-year-old midfielder, making his second start in the competition and he impressed with a confident display.

And just as on Wednesday, Spurs responded positively. Son Heung-min, who had scored a brace in the opening minutes in the Champions League, twice threatened the City goal but both times City keeper Ederson was out quickly to nullify the danger.

City were in charge but too often their attacks broke down on the edge of the area with Spurs quick to get deep in numbers.

The visitors felt they should have had a penalty in the 59th minute when the ball appeared to hit Kyle Walker’s arm inside the box but referee Michael Oliver waved away the appeal.

At the other end, Raheem Sterling nearly scored with a close-range shot which Spurs keeper Paulo Gazzaniga, in for the injured Hugo Lloris, did well to keep out with his feet.

The pressure was being felt, with Spurs also in need of points in their bid for a top-four finish and

But City, looking much more solid at the back and offering fewer openings to Mauricio Pochettino’s side than three days ago, showed the steel and pragmatism that was lacking in that 4-3 defeat.

Now the ball is back in Liverpool’s court before City’s game in hand against their old rivals United.