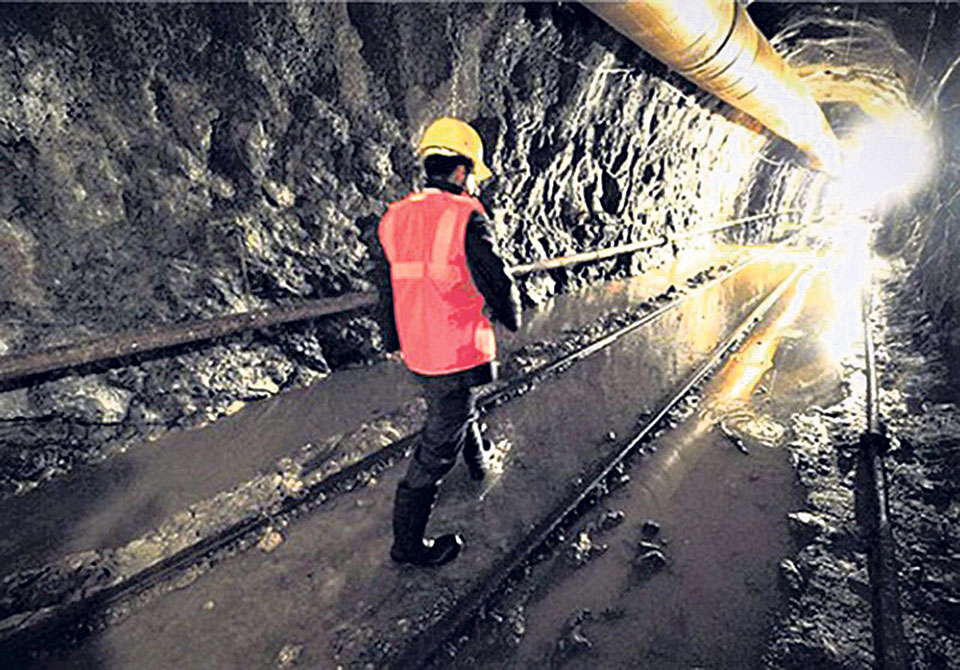 KATHMANDU, Feb 16: The Commission for the Investigation of Abuse of Authority (CIAA) has stressed on the need for revising the existing Public Procurement Act to address the problems seen in the timely construction of the infrastructure projects.

Unveiling 'Study and analysis report of sick contracts 2019,' the anti-graft body through its study conducted last year, starting from mid-January 2019, has identified that the public procurement process still is the most vulnerable stage for corruption during the entire cycle of project completion. According to the report, both the pre and post public procurement process, besides contract management and construction phase, are subjected to high risk for corruption that has largely affected the timely construction of infrastructure projects.

The CIAA study has identified 1,848 contracts related to seven ministries to be sick. The projects were considered sick because they were not completed even after their completion deadline expired before December 2017, with some having remained idle for the last 8-9 years. The combined value of the contracts stand at Rs 118 billion.

According to the report, larger proportion of the government capital fund is utilized through public procurement process. Collusion on specification of the projects and preparing the bases of eligibility and assessment criteria, not to work properly as per the working guidelines, rejection of the compensation amount stated in the agreement, seeking high amount than the prescribed amount, failing to test quality, and manipulating the result of quality tests are among the underlying problems in the sick projects. “The commission has received large number of complaints mainly in these issues, reads the CIAA report.

“To address the loopholes in the existing laws, the commission has sought amendment in Public Procurement Act and related regulation,” the report says.

In the study conducted last year, the CIAA has pointed out 906 projects in sorry state, the largest number among all. Likewise, 442 urban and building constructions, 235 energy and irrigation related and 91 water resource and electricity production and distribution-related projects were sick. Similarly, 37 such projects are related to civil aviation, 23 are related to information technology, 97 are related to local infrastructure and federal affairs and 17 are of drinking water and sewage management.

On the other hand, 618 projects worth Rs 4.70 billion were successively completed during the review period. Likewise, 1,202 contracts worth Rs 8.64 billion are in different phases of their construction. The report shows that Nepal Telecom has been duly putting its effort in management of the ailing contracts under its jurisdiction.

One of the biggest ironies of Nepal’s budget system has been that while the country somehow manages to allocate budget... Read More...