KATHMANDU, Jan 30: The Commission for Investigation of Abuse of Authority (CIAA) on Thursday filed a charge-sheet at the Special Court against Rajendra Basnet, a suspended office assistant at the Land Revenue Office at Chabahil, for amassing assets worth Rs 89.85 million illegally.

As per the charge-sheet, the anti-graft body has sought fines of Rs 89.85 million from Basnet. In a press statement today, the CIAA stated that Basnet and his family earned approximately Rs 7.4 million from legitimate sources, including salary, the sale of land since he joined public service in 1987. However, he has spent or invested more than Rs 90.73 million over the years.

The CIAA has sought confiscation of Rs 89.85 million, a fine of an equivalent amount according to the gravity of offense as provisioned in the prevailing anti-corruption law.

Read the CIAA press statement below: 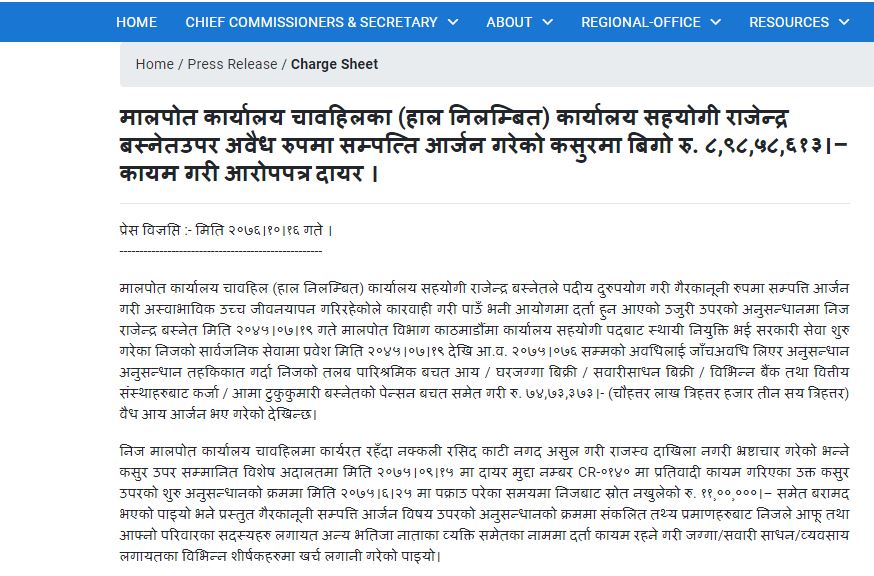 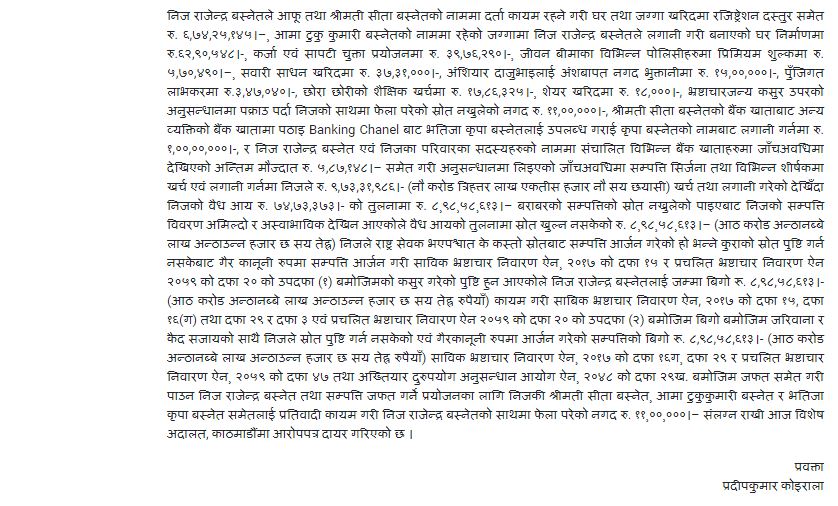 KATHMANDU, Aug 7: The Commission for the Investigation of Abuse of Authority (CIAA) on Sunday filed a graft case at... Read More...