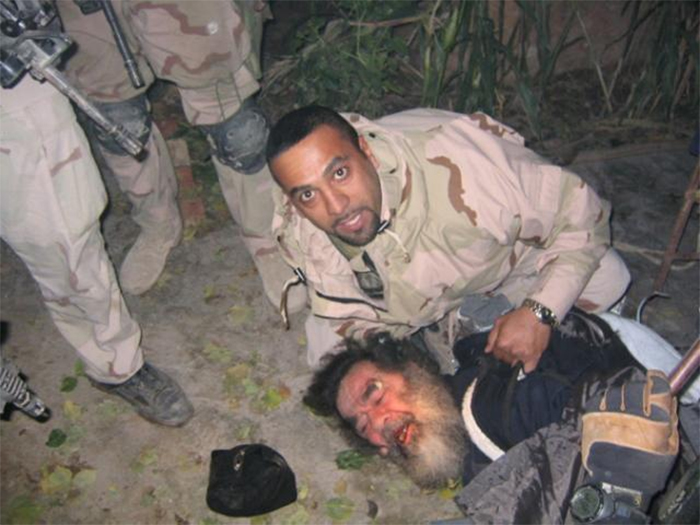 Former CIA Senior Analyst John Nixon's new book "Debriefing the President: The Interrogation of Saddam Hussein” provides never-before-seen details into the daily life of Iraq's deposed dictator in the months before the 2003 US invasion wrenched him from power.

Nixon, who wrote his master's thesis on Hussein, and whose full-time job at the CIA was to study him, was shocked to find out that common intelligence on Hussein had been wrong.

From The New York Times review of Nixon's book:

His most astonishing discovery was that by the time of the United States-led invasion of Iraq in March 2003, Hussein had turned over the day-to-day running of the Iraqi government to his aides and was spending most of his time writing a novel. Hussein described himself to Mr.

Nixon as both president of Iraq and a writer, and complained to Mr. Nixon that the United States military had taken away his writing materials, preventing him from finishing his book. Hussein was certainly a brutal dictator, but the man described by Mr. Nixon was not on a mission to blow up the world, as George W. Bush’s administration had claimed to justify the invasion.

Hussein's own abdication of authority in lieu of his more artistic pursuits did little to make up for his prior brutal actions as the leader of Iraq. However, it did call into question the overall value of removing the dictator from power in the first place.

“Was Saddam worth removing from power?”  Nixon asked himself in the book. “I can speak only for myself when I say that the answer must be no. Saddam was busy writing novels in 2003. He was no longer running the government.”

Since 2003, the mainstream political consensus in the US has turned on George W. Bush's 2003 decision to invade Iraq, with both major party presidential candidates this election cycle condemning the invasion and ensuing occupation of Iraq.

Ali to return to his old Kentucky neighborhood 1 last time

There is a need to introduce fiscal policy reforms for Nepal’s transition to green, resilient, and inclusive development: WB report
18 hours ago