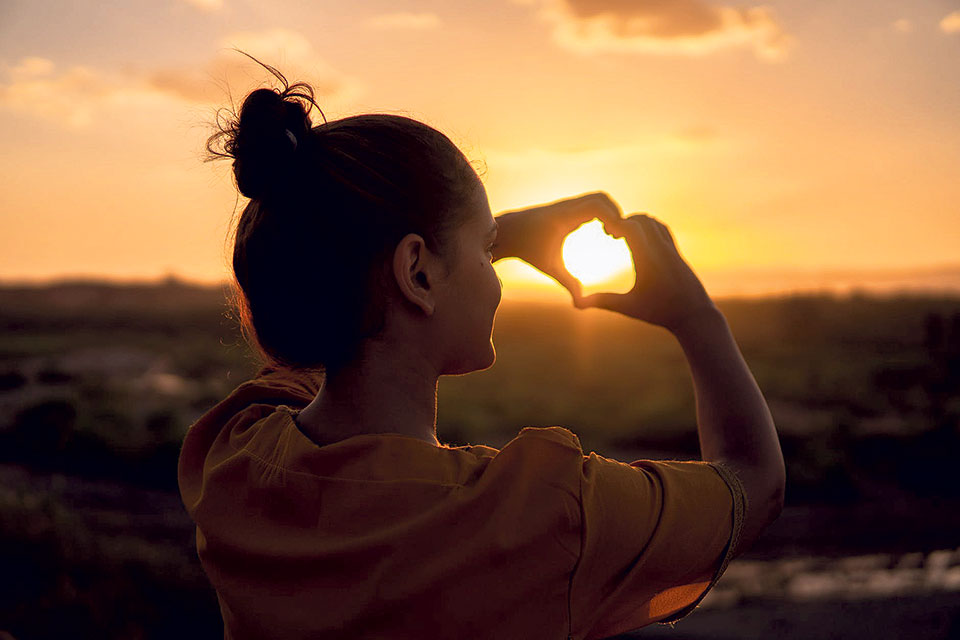 KATHMANDU, Dec 21: I’m an inherently rude person. I think I take after my mother who has never been afraid to call a spade a spade. In our locality, she is known for her bluntness and she is proud of it. When I was growing up, I always saw her standing up for what she thought was right. She wasn’t the one to talk her way out of things and still isn’t. She believes in saying sorry when she is wrong but you really want to get out of her way when she’s right. She’s not having any of your nonsense.

While I admire my mother and, like I said, have also taken after to her a certain extent, I have, for a while now, realized that arguing and fighting over things is pointless, given how most people you have to deal with on a daily basis are stupid. When logic fails people, how can you ever hope to get your point across? And in that case, aren’t you just exhausting yourself by repeating the same thing over and over again hoping it’s eventually going to get through to them?

This is where being polite or at least coming across as one by keeping quiet comes to your rescue. All I do these days when I don’t agree with someone is nod and say they are right (while inwardly rolling my eyes) and wait for them to stop speaking or zone out and block their voices. It wasn’t easy but with a little practice I seem to have gotten to a point where what people think and say no longer matters to me. That way, I’m much relaxed and not bogged down by the bombardment of comments and discussions that happen when I meet people.

My mother tells me I’m giving people the false impression when I agree with them. I tell her I don’t mind. She asks me how can I stand being taken for something I’m not and I can tell she’s a little appalled especially given the fact that she didn’t raise me to cower and bow down to anything or anyone, not even her. But standing up for myself in a crowd that wants me to conform is mentally draining. And at the end of the day all I get is a headache. I don’t care what most of the people I meet or interact with on a daily basis think about me as long as I get my work done and am not stressed.

I came to this realization when I had a pointless tussle with a guard at a mall in Kathmandu a while ago. I used a parking coupon given to me by a store at the mall and the guard refused to honor it saying I needed to get my parking slip (the one he had given me when I had entered) stamped and signed too. I told him I always used a coupon and had never had a problem before. This futile discussion led to an argument that took almost 15 minutes to sort out and at one point the guard was literally blocking my way with his arms and legs spread out in front of my car. It was quite ridiculous. Even now when I think of it, I shudder in shame.

I could have simply gotten out of the car and had the parking slip signed by the store that was just two minutes away from where I was or I could have given him the Rs 50 that he was so adamantly asking for. By refusing to do neither, I didn’t cause anybody any trouble but myself. I was left seething over the incident even the next day. Such a petty issue became such a big deal. This is just an example of all the horrifying things that have happened when I’m held my ground. I understand it’s important to stand up for yourself but it’s really silly to do so every single time, especially when you are perhaps never going to meet the person you are arguing with ever again. Not everything is and should be an issue and you should learn when backing down will work to your advantage.

I think taxi drivers in Kathmandu are obnoxious and every time someone refuses to charge according to the meter I refuse to get in. I have done this at midnight too, and there have been times when I have gotten into dangerous altercations with the drivers, with them coming very close to hitting me and my friends. It always made me furious and, for days afterwards, I would dissect the incident and relive it over and over again. Now, I simply ask them how much they want and get in. A hundred rupees or two isn’t going to create a dent in my budget.

I’m a lot at peace these days because I choose my battles wisely. I don’t get into a fight every time I disagree with someone. Earlier it used to take a lot of deep breathings and mental pep-talks before I chose not to quarrel with someone when I though I was right. But now, it’s become a habit of sorts and I don’t find it difficult to ignore many things especially when I know things aren’t going to go my way. I find it easier to walk about of situations than to create a fuss.

My mother thinks I have become soft and fears I will end up compromising a lot. But it’s quite the contrary though. Rudeness, they say, is a weak man’s imitation of strength. It takes a lot of courage to be kind and smile and let things go. Also, I’m choosing not to argue with everyone even when I’m right, especially when I’m right, not because I’m weak but because when the person before me doesn’t matter in my life then I’m being smart by opting for peace over stress.

In every situation now, I choose happiness and if happiness comes in the form of keeping quiet then so be it. For someone who once believed in speaking her mind, this has been tough but the lessons I have learnt along the way and the how this decision has enriched my life have changed the way I feel about making rudeness my trademark. Now, I’m rude and blunt when it matters or when the person in front of me needs to know where I stand on an issue while for everything else, there’s a smile.

The battle between humanity and inhumanity

Somewhere or the other we as a human have been harassed, bullied, assaulted within our lives that had certainly left... Read More...

Getting your tummy feel yummy  Through slices of pizza and scoops of ice cream  They will certainly make you smile... Read More...

IN PICTURES: Four cops injured in clash with locals in Khokhana
9 hours ago

Why NCP must not split
16 hours ago

17 houses swept away by landslide in Bajhang, huge human loss feared
14 hours ago