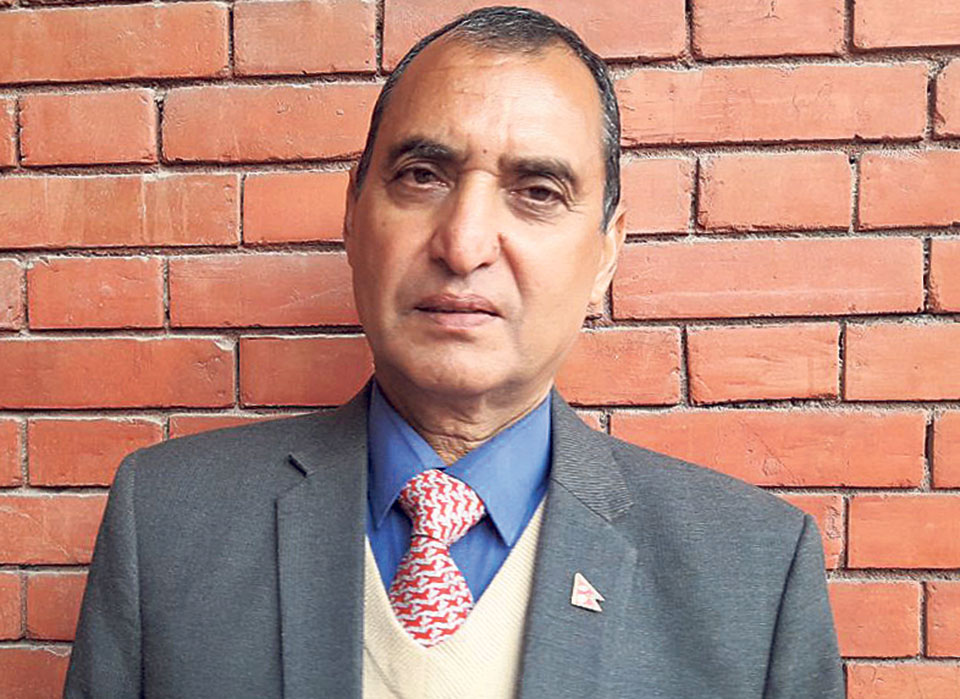 The government, through the budget for Fiscal Year 2013/14, announced plans to build an international-standard exhibition hall and a dry port on the land of the defunct Himal Cement Factory in Chobhar. But the project has failed to take off. Nepal Intermodal Transportation Development Board (NITDB), under the Ministry of Commerce, was assigned the task of implementing the project with financial support of US$ 22 million from the World Bank. Arpana Ale Magar of Republica talked to former Executive Director of NITDB Laxman Bahadur Basnet, who recently completed his four-year tenure as the chief of the board, to know the reasons behind the delay. Excerpts:

Could you please tell us the controversy surrounding the project?
There are various reasons. Discontent of the local people is said to be one of the reasons. But there was no such issue till mid-August. So, I can say that it is an artificial issue that has been created to serve the vested interest of some people.

How do you think it can be addressed?
First of all, we should be clear that the problem has not been raised by local people or the local government. There is no issue related to land and environment issues that affect the local population. The board has received the go-ahead from the local unit to implement the project. As it is a political issue, I think the government has to resolve it at the political level. At the same time, authorities can hold public discussion as well to sort out this issue as the project is crucial for facilitating country’s trade sector.

Please tell us why the planned dry port is significant for the country’s trade?
We all know infrastructure bottleneck is one of the problems of the country’s trade sector. The Chobhar dry port will have all the facilities of an Integrated Check Post (ICP) like customs, quarantine, security and immigration, among others. This project holds great significance as new infrastructure projects that the government is planning like rail connectivity, outer ring road and fast track are also being implemented in its surroundings. A full-functioning dry port will make imports/exports hassles-free, saves time as well as cost. Similarly, the dry port will work under one-window system which means importers/exporters will do not have to visit different government offices. We are hopeful that better facilities will give impetus to trading activities.

You said trading activities will increase once the dry port starts full-fledged operation. What is your take on the widening trade deficit of the country?
Our GDP is worth around Rs 3 trillion. The contribution of trade and agriculture sectors to GDP is around 27 percent, while the contribution of the industrial sector is 5.89 percent. We not only have low production but also have a low investment in production sector. This is why our import is increasing with every passing day. The current ratio of import/export is 15:1. Such ratio is 16:1 is with India and 7:1 with China. Widening trade deficit is a problem that should be dealt with jointly by both the government and the private sector. While the government should create an investment-friendly environment in the country as well as formulate favorable policies, the private sectors have to increase production and make their products competitive.

Earlier you said Nepal does not have a full-fledged dry port? Why is it so?
This is because we did not give much emphasis on infrastructure development. Further, infrastructure projects see lengthy delays because of various reasons. As NITDB is the responsible body to develop and operate dry ports in the country, the government should take the necessary initiatives to make it strong. It is a pity that we are still following policies that are over two decades old. Global trade scenario has witnessed massive changes in these years. It is high time the government updated policies, rules and laws that govern the board.

KATHMANDU, Oct 6: The Tatopani trade point-- one of two major trading points between Nepal and China -- has come... Read More...

KANCHANPUR, Nov 6: Parliamentarians both from Nepal and India of the bordering areas have agreed to construct a dry port at... Read More...