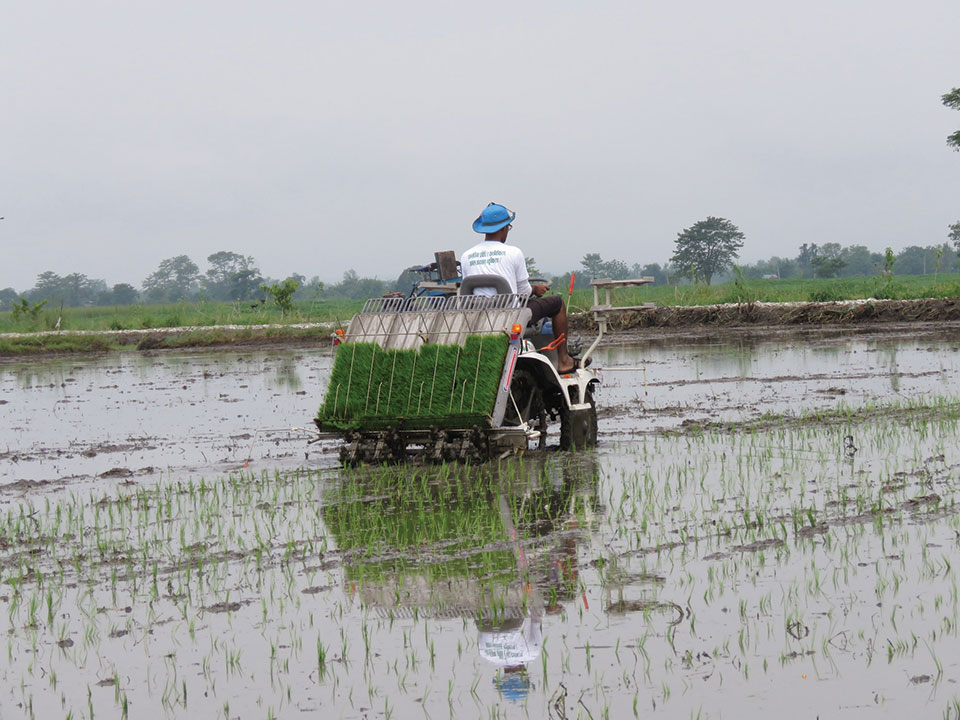 A farmer operates a paddy transplanter in Dibyanagar in Bharatpur Metropolitan City in Chitwan on Sunday. Photos: Sarita Shrestha/Republica

It takes around one day for a person to transplant paddy in one kattha of land.

“We are planning to use modern equipment for transplantation to harvesting,” Dawadi told Republica. “We are trying to mechanize agriculture to minimize our investments.”

Dawadi has brought a transplanter from Japan with an investment of Rs 900,000.

Also known as Kalabanjar Phant, Divyanagar is famous for paddy production. Locals here are now making efforts to increase productivity by introducing modern equipment in farming. They are confident that use of farm equipment will help them to do away with the problem created by lack of human resources.

Locals of Divyanagar had been using laborers from different tarai districts as well as India in their farm. Shortage of laborers even forced them to postpone plantation date many times.

As use of equipment will be expensive for individual farmers, Dawadi said farmers should form a group and use them through custom hiring system. “The government should also encourage land pooling as production from fragmented farms will be very low,” he added.

Pradhyumna Prasad Upadhyay, chief of Finance Division of the metropolis, said that the metropolitan city has adopted a policy of encouraging farm mechanization and land pooling to increase productivity. “We have increased budget of agriculture sector for the upcoming fiscal year to Rs 60 million, compared to Rs 15 million in the current fiscal year,” Upadhyay said.

Of the total 46,897 hectares of arable land in Chitwan, farming is done in 44,291 hectares. Paddy was planted in 28,600 hectares during monsoon season and in 5,000 hectares in March last year, according to Sudhir Shrestha, senior agriculture development officer with Agriculture Knowledge Centre, Chitwan.

“Paddy plantation area will be more or less the same this year as well,” Shrestha said, adding: “We should make domestic productions cheaper by encouraging mechanization and decreasing cost of production.”

He further said that mechanization will solve the problem of lack of human resources in agricultural sector. “Mechanization will not only reduces cost of production, but will also increase productivity,” Shrestha added.

According to Shrestha, the government of Province 3 and Agriculture Knowledge Center are helping farmers of Madi to go for group farming and use modern equipment. 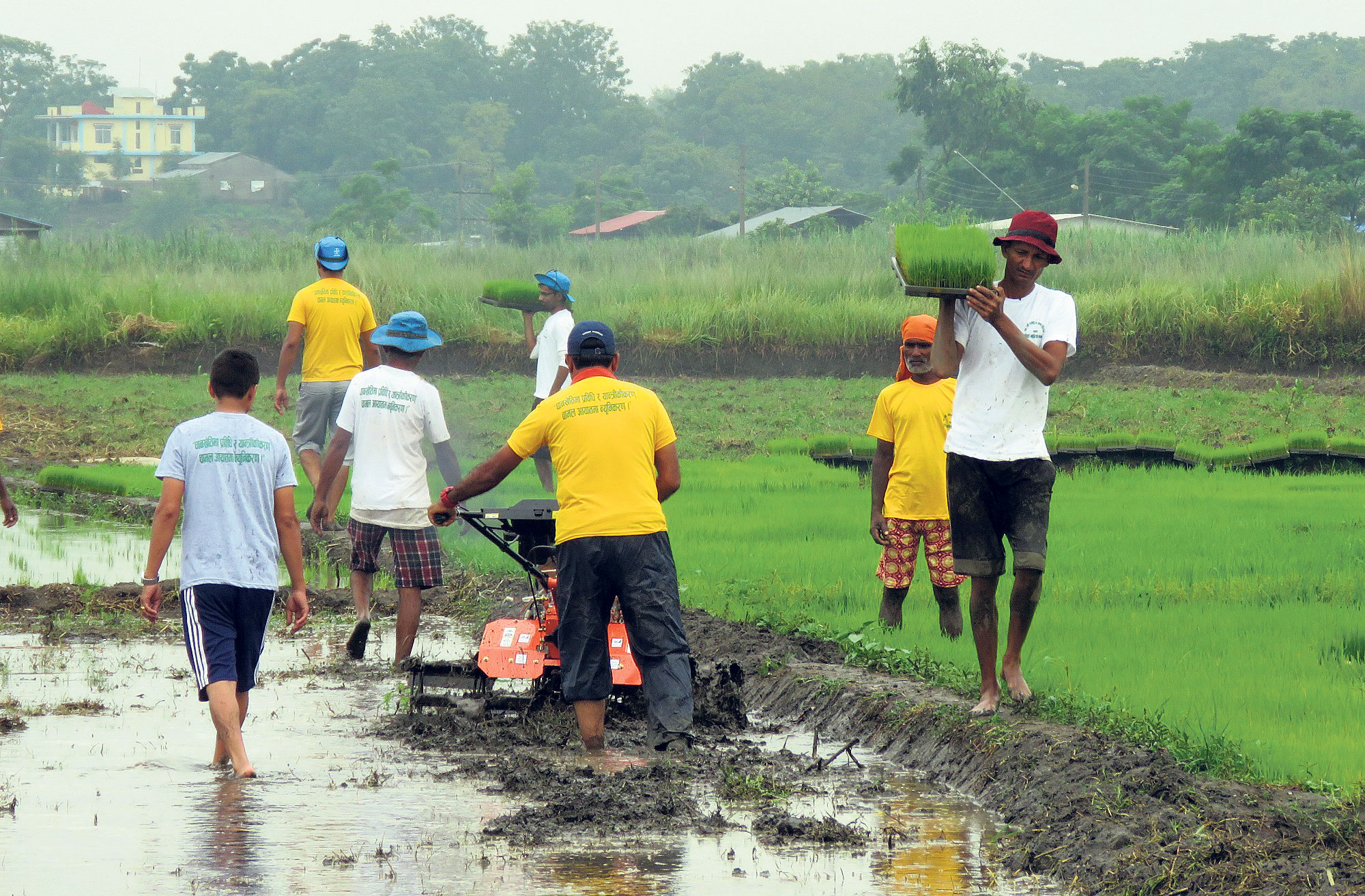 A farmer uses a hand tractor to prepare the field for transplantation.

KATHMANDU, August 15: Paddy plantation is completed on 97.89 percent of the paddy acreage of 1.37 million hectares this rainy season,... Read More...

KATHMANDU, June 30: Paddy plantation has been completed in 27.12 percent of the paddyfields across the country as of Tuesday, the... Read More...

Inconsistent government policies, inaccessibility of credit in remote areas and scarcity of machinery are among the major challenges of agriculture mechanization Read More...