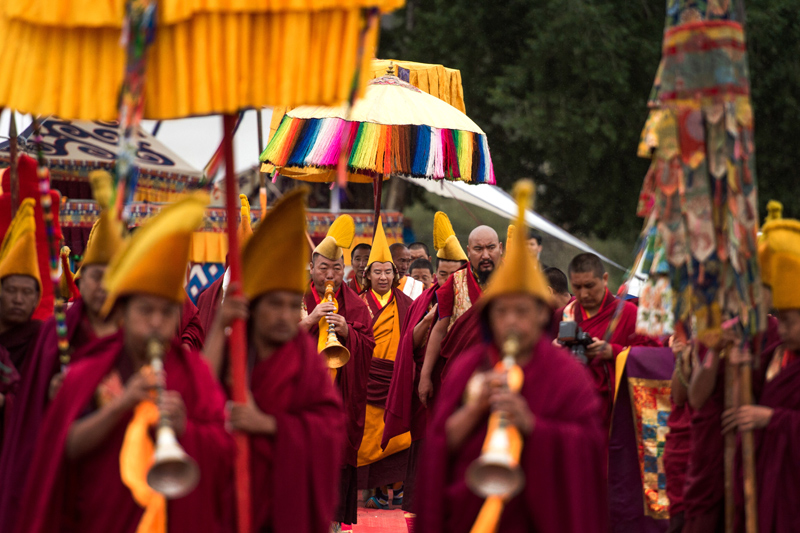 BEIJING, July 22: Chinese officials have begun dismantling buildings at Larung Gar, one of the world's largest centers of Tibetan Buddhist learning, according to overseas-based Tibetan groups.

The London-based Free Tibet group said government workers began removing residential buildings and evicting residents on Thursday morning. Several exile Tibetan groups in recent weeks have said local authorities in Sichuan Province distributed an order in June to reduce the number of monks and nuns living there by half to 5,000, citing overcrowding concerns.

The order also sought a clear separation between genuine monks and nuns studying at the site and lay people residing there, according to pro-Tibetan groups, which have characterized the government move as an attempt to rein in the rising influence of Buddhism in the area.

A Sertar County government official said by telephone Thursday that police were not demolishing buildings but rather renovating them, but gave no further details. The official gave only her surname, Zhang, because she was not authorized to speak to the media.

Founded in 1980, the mountainside academy attracts thousands of Tibetan Buddhist monks and nuns for short and long-term study in the religion's more esoteric aspects. They typically stay in a sprawling mountainside settlement made of thousands of log cabins.

Government teams previously evicted thousands of monks in 2001, but the site has continued to swell significantly in the years since.

The expulsions came on the day that China's hand-picked Panchen Lama, the second-highest figure in Tibetan Buddhism, presided over a four-day Buddhist ritual called the Kalachakra initiation at his home monastery in southwestern Tibet. It was the first time the ritual was carried out in Tibet in 50 years and attracted 50,000 Buddhists, according to the official Xinhua news agency.

Tibetan groups this week condemned the ceremony as a sham orchestrated by Beijing to assert its authority. China picked its own Panchen Lama in 1995, rejecting a boy chosen by the Dalai Lama, Tibetan Buddhism's highest ranking figure, who lives in exile in India and is regarded by Beijing as a separatist.