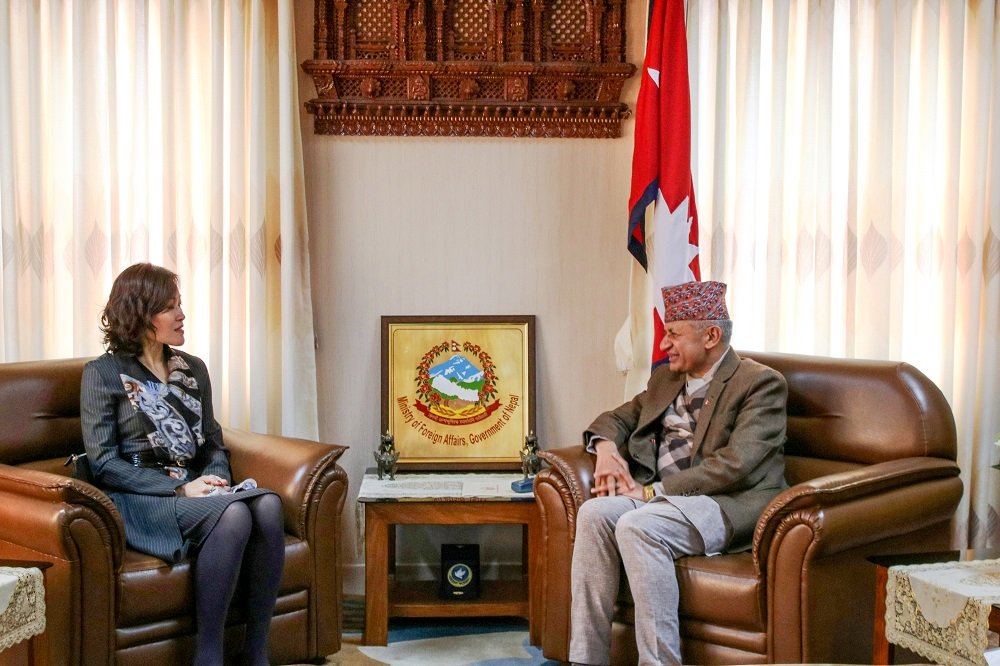 During the meeting, the foreign minister expressed the hope that Nepal-China ties would be further strengthened during her tenure.

The foreign minister mentioned that the two governments are working closely to deepen cooperation under the framework of Belt and Road Initiative, according to officials who participated in the meeting.

Gyawali also congratulated the ambassador for her successful tenure.

On the occasion, Ambassador Hou told the foreign minister that China and Nepal are good neighbors, friends and partners.

Hou presented her letter of credentials to President Bidya Devi Bhandari on Monday.

She arrived in Kathmandu to take up her assignment on December 30. Hou is the 21st Chinese ambassador to Nepal since the two countries established diplomatic relations back in 1955.

Hou has replaced Yu Hong, who returned Beijing last month after serving as the ambassador to Nepal for two years.

Before coming to Nepal, Hou was one of the four deputy director generals at the Department of Asian Affairs under the Chinese Ministry of Foreign Affairs. The new ambassador has expertise over South Asian affairs.