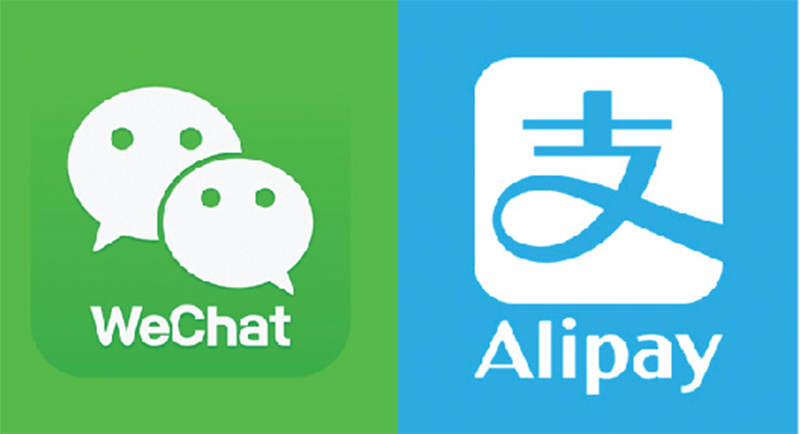 KATHMANDU, May 24: China has urged Nepal to embrace a ‘very pragmatic approach’ to deal with foreign payment service providers and platforms including Alipay and WeChat Pay.

At a press briefing organized in Kathmandu on Thursday, a Chinese embassy official in Nepal expressed concerns over the recent move of Nepal over the use of Chinese payment services like AliPay and WeChat Pay in Nepal.

“As far as I know, WeChat (Pay) and Alipay so far haven’t set up their formal activities here in Nepal because they have not got their license from your regulator,” said Zhang Fan, Counsellor, Economic and Commercial Counsellor’s Office of the Embassy of China to Nepal.

“At the same time, we are also aware, with the increasing number of Chinese tourists into Nepal, we have to take a very pragmatic approach to this issue because in terms of mobile payment it is the direction and is the ongoing process,” he added.

The response of the Chinese Embassy has comes after Nepal Rastra Bank issued a notice, stating that the use of payment system that it has not licensed was illegal. The central bank has even warned of action against the illegal use of such services in Nepal.

While payment through these platforms without acquiring license from the central bank was already illegal, the central bank issued a notice, warning of crackdown on the use of Alipay and WeChat Pay, after media reported about the growing use of digital wallets by Chinese tourists in hotels, restaurants and shops.

The use of such Chinese payment platforms has become a concern for Nepal as such spending made by Chinese tourists effectively means that they are paying in China and such payments does not enter into Nepal. Such payments also could give a room for tax evasion as such transactions are not recorded in Nepal, say experts.

However, the Chinese Embassy official has urged Nepal to set up infrastructure for foreign payment service providers and ‘open the door’ for them to come to Nepal. He said that Nepal’s restriction on the use of digital payment services for tourists and operators could affect the tourism market.

“If you want to attract more tourists, not necessarily Chinese, into this market, you need to have the basic infrastructure to prepare your tourists or operators for this kind of business. Otherwise, you will lose the very big chunk of the business,” he added.

“I encourage your regulator, the central bank, and other government agencies in Nepal to take a proactive or pro-business approach to this issue and to set up formal framework, and open your door to foreign operators to make them operate legally in this country instead of just close the door for this mobile payment issue.”

KATHMANDU, Dec 7: The twelfth meeting of the Joint Consultation Mechanism between the Ministries of Foreign Affairs of Nepal and... Read More...

KATHMANDU, June 23: Nepal and China have decided to conduct further study on the possibility of cooperation to expedite the development... Read More...