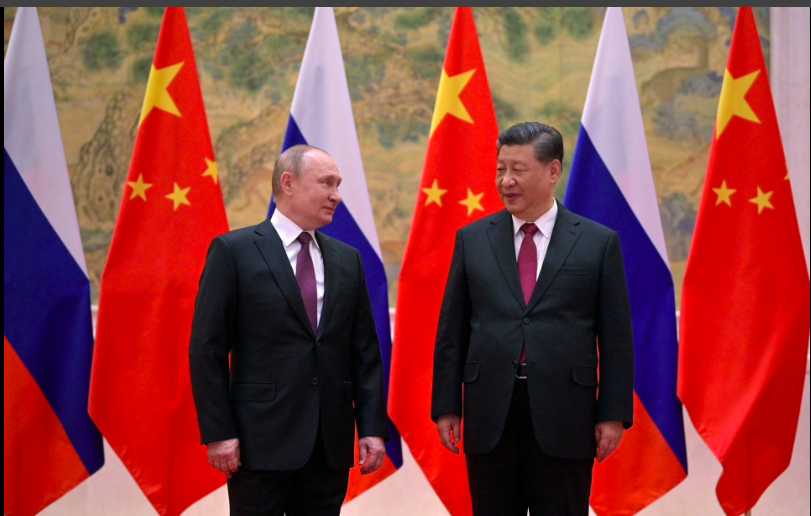 BEIJING, March 5: The Chinese rights holders of the English Premier League are not airing its football matches this weekend, schedules show, with the games expected to show solidarity with Ukraine after Russia's invasion.

Beijing has been treading a cautious diplomatic line on the conflict, refusing to condemn the acts of its close partner Moscow.

Chinese President Xi Jinping and Russian leader Vladimir Putin declared in Beijing last month that their friendship had "no limits", a deepening embrace driven by mutual desire to counter US influence.

This weekend, Premier League club captains are expected to wear armbands in the colors of Ukraine and take part in a moment of reflection and solidarity ahead of kick-off, reported British newspaper The Guardian.

The acts are expected to feature in international broadcast feeds, it added. But two Chinese rights holders for the league -- streaming platforms iQiyi Sports and Migu -- show no plans to air the matches this weekend.

Earlier announcements of their partnerships indicated they would broadcast all games. Some social media users noted the absence of the matches on schedules, reacting with a mix of disappointment and confusion.

It comes after the Winter Paralympics opening ceremony in Beijing on Friday, when state broadcaster CCT avoided translating part of International Paralympic Committee president Andrew Parsons' forceful remarks -- when he mentioned "war" -- een though he did not name Russia or Ukraine.

The Premier League terminated a lucrative broadcasting contract with streaming serice PPT in China in 2020, after it reportedly failed to make a £160 million ($212 million) payment due as the pandemic hit.

In 2019, Chinese state broadcaster CCT dropped an Arsenal versus Manchester City match from its program after the Gunners midfielder Mesut Ozil expressed support for mainly Muslim Uighurs in Xinjiang.