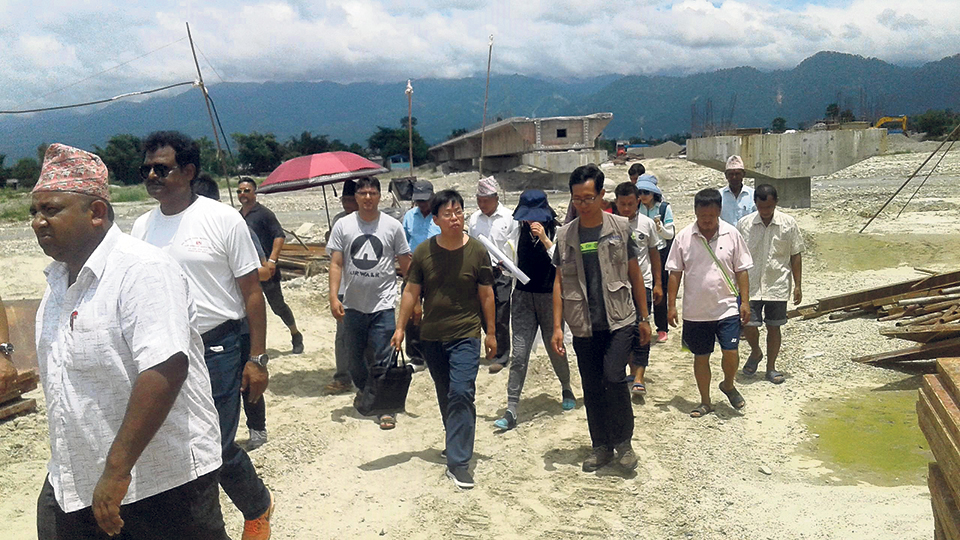 Oli had improved relationships with China when he became the prime minister for the first time in 2015, following Indian blockade on Nepal. He had then said China could be an alternative for Nepal’s essential supplies, which have traditionally relied on India.

Apparently, China started showing interest in investing in Oli’s projects when he became the prime minister for the second time. Oli has come up with some ambitious projects to be located in his hometown Damak. There will be Chinese investment in the projects prepared with Oli’s initiation, among which an investment of Rs 64 billion for the construction of China Nepal Industrial Estate has already been approved. River control to industrial area and the proposed tallest Buddha statue of the world are also being constructed with Chinese investment in Jhapa.

The Nepali side is preparing to ask Xi Jinping, president of People’s Republic of China, to lay foundation for the project during his visit to Nepal. According to Govinda Thapa, chairperson of the Industrial Park Committee, Jinping may participate in the foundation laying program.

The industrial park that will be spread across 2,200 bighas of land of Kamal Rural Municipality and Gauradaha Municipality will be constructed with Chinese investment. The work for distributing compensation for the land is about to begin. Similarly, the projects of the tallest Buddha statue and Buddhist university to be built in the northern side of Damak, will also have Chinese investments. But in these projects, South Korea, Myanmar, and Vietnam will also have some investments.

According to an agreement signed the previous year during Oli’s state visit to China, the Chinese government will also build embankments along all rivers of Jhapa. A team consisting of Chinese technicians also submitted a report to the prime minister regarding the projects. China will start embanking nine rivers of Jhapa from this year.

Likewise, the DPR of Buddha statue to be built in Damak is ready. Land acquisition for the 542-feet tall statue is being carried out. The project worth Rs 15.75 billion will occupy 265 bighas of land. But there are some difficulties as there is community forest in the construction site. Arbind Gupta, engineer at the Department of Water Induced Disaster Management, said that the project aims at building 30 to 35 kilometers long permanent embankments in both sides of the rivers. The total length of embankments in the district will be about 500 kilometers.

Two dead, one missing and 900 households displaced due to flood in Jhapa

SURUNGA (Jhapa), July 25: Two people have died and some 900 households have been displaced due to the flood in... Read More...