China and Nepal: Friends in Weal and Woe 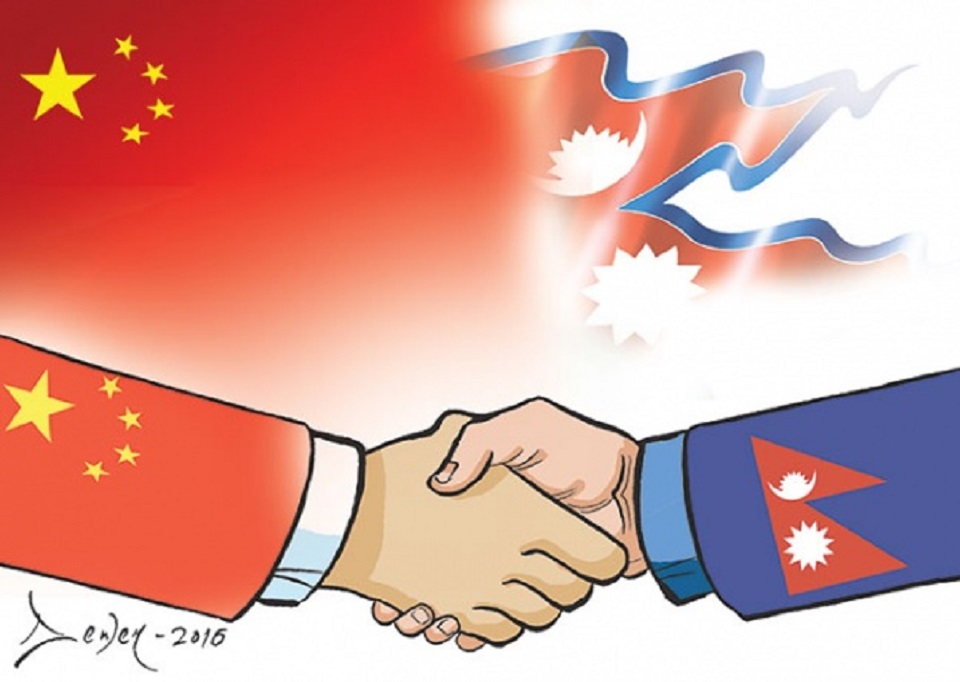 October 1, 2021 marks the 72nd anniversary of the founding of the People’s Republic of China. On this auspicious occasion, on behalf of Nepal-China Cultural and Educational Council, I would like to express my best wishes and hearty congratulations to the government and people of China.

China’s willingness to support Nepal in all her difficult times is well appreciated by the people and government of Nepal. The frequent exchange of visits between Nepal and China even at a higher level, including people to people level contacts, have significantly helped strengthen and consolidate the ties of friendship that subsist between the two close neighbors. The growing interaction and mutual contact between the two countries have contributed to further deepen and broaden the friendly relationship that covers political, economic, educational and cultural fields.

In October 2019, President Xi Jinping paid a successful state visit to Nepal and the leaders of the two countries announced the elevation of China-Nepal relations to a "Strategic Partnership of Cooperation Featuring Ever-lasting Friendship for Development and Prosperity". The year 2021 marks the 66th anniversary of the establishment of diplomatic relations between Nepal and China. This retrospective piece of writing briefly looks back upon the exchanges and cooperation between Nepal and China in political, economic, people-to-people exchange and other areas and shows the great achievements of the continuous development of Nepal–China friendship. Let us pay the highest tribute to the people who have made important contributions to Nepal-China friendship and wish Nepal-China relations achieve new heights in the new era!

Chinese cooperation in building infrastructure, industries, highways, hospitals, schools, sports and communication facilities has been very useful and highly appreciated by the government and people of Nepal. China has already become the second largest economy in the world. In the near future, the completion of the railway from Lhasa-Shigatse to Kerung is going to have far reaching impacts on Nepal’s trade, tourism and people-to-people relations with China. China has made great strides in the fields of science, technology and modernization.

It’s been more than a year since the world has been facing the novel coronavirus pandemic. The pandemic fluctuates repeatedly, the virus mutates frequently, and the situation is complex and severe. Overcoming the pandemic at an early date and restoring economic growth is the primary task of the international community and the common aspiration of all countries in the world. The pandemic knows no borders, and the virus endangers mankind. In the face of such a pandemic of the century, as President Xi Jinping pointed out, “Unity and cooperation are the most powerful weapons to overcome the epidemic. The sunshine of cooperation must dispel the haze of the epidemic.” In this unprecedented fight against the epidemic, China has made great efforts. With his sacrifice and courage, he is at the forefront of the fight against the epidemic, not only effectively curbing the domestic epidemic, but also developing vaccines at the fastest speed, actively contributing Chinese wisdom and strength to the global fight against the epidemic, and practicing the concept of a community of human health.

China has always been an active practitioner of international anti-pandemic cooperation. "Unity and cooperation" is the most frequent term used by President Xi Jinping to explain his propositions to fight the pandemic. Since the outbreak of the pandemic, China has provided US$2 billion in aid to the developing countries, and supplied more than 280 billion masks, more than 3.4 billion pieces of protective clothing, and more than 4 billion test kits to the world. It will provide another 30 percent in the next three years. US$100 million in international aid is used to support the developing countries’ fight against the pandemic and restore economic and social development.

Under the leadership of the Communist Party of China (CPC), since the reform and opening up, China has developed super-fast and shocked the world with its achievements, becoming a socialist power. In the face of the pandemic, China has done a very good job in controlling the spread of the virus, ensuring the health and safety of the people, sending experts to support other countries and making great contributions to mankind.

The CPC is the largest Marxist ruling party in the world with more than 70 years in power in the largest socialist country and more than 91 million members. The CPC is a party that seeks happiness for the Chinese people and is also a party that strives for the cause of human progress. As the CPC celebrates its centennial anniversary, representatives of various political parties in Nepal join us in the grand event, reviewing history, sharing experience, and looking forward to the future. This is of great significance to promoting the relationship between the two parties and the two countries and enhancing mutual understanding.

Since the establishment of diplomatic relations between Nepal and China nearly 66 years ago, the two countries have always trusted, respected and supported each other. China-Nepal relations have experienced the test of the changing international situation and the friendship between the two peoples has lasted longer. At the end of 2020, the heads of state of the two countries also jointly announced the new elevation of Mount Everest, interpreting a new height of China-Nepal friendship. Since the outbreak of the new coronavirus pandemic, President Xi and President of Nepal, Bidya Devi Bhandari, have talked over the phone twice to discuss unity and join hands to fight the pandemic. The Chinese government has provided Nepal with urgently needed medical supplies including vaccines and liquid oxygen, which has once again demonstrated that China and Nepal share weal and woe. The love of mutual assistance.

Both countries’ political parties exchange views and are an important part of China-Nepal friendly relations. In recent years, the CPC and various political parties in Nepal have held a series of exchange activities such as group visits, forums, and a mechanism for mutual consultation between political parties, and have achieved fruitful results. Through inter-party channels, the two sides have carried out cooperation in the fields of anti-pandemic, economic development and "Belt and Road" construction, writing a chapter of Nepal-China friendship in the new era. The CPC is committed to maintaining friendly relations with various political parties in Nepal and consolidating the traditional friendship between Nepal and China. This is in the common interest of the two countries and is the common expectation of the two peoples. The founding of the party for a century is a new starting point for the struggle of the CPC. Under the leadership of the CPC, China will embark on a new journey of building a modern socialist country in an all-round way. It is believed that it will bring new opportunities to the development of Nepal-China relations.

At the end of March this year, China provided free aid to Nepal with the first batch of COVID-19 vaccines. Given the high demand for vaccines both domestically and internationally, President Xi personally announced the additional vaccine aid to Nepal during this call, which fully reflects the deep friendship between him and the Chinese government and people for the Nepali people.

China has lifted all of its rural poor people (more than 90 million) out of poverty under current standards. This is a great achievement that no country in the world has been able to achieve.  China's poverty alleviation experience and model can provide reference to other countries and help the world get rid of poverty.

The CPC has achieved its centennial goal of leading the Chinese people out of poverty at this historic moment. We all believe that China's second centenary goal will also be realized as scheduled.

On this special and joyful occasion, I would like to express my best wishes to the government and people of China for their prosperity and happiness and best regards to the friendship between Nepal and China.

KATHMANDU, Nov 14: The Ministry of Foreign Affairs has appointed Rupak Sapkota as the deputy executive director of the Institute... Read More...

Over 100,000 Pfizer vaccines to arrive in Nepal on Monday
18 hours ago

Jeep crash in Dolpa: 9 injured, 3 in critical condition
36 minutes ago

Canadian citizen busted on the charge of pedophilia
41 minutes ago

Danish tourist dies at Makalu base camp
1 hour ago