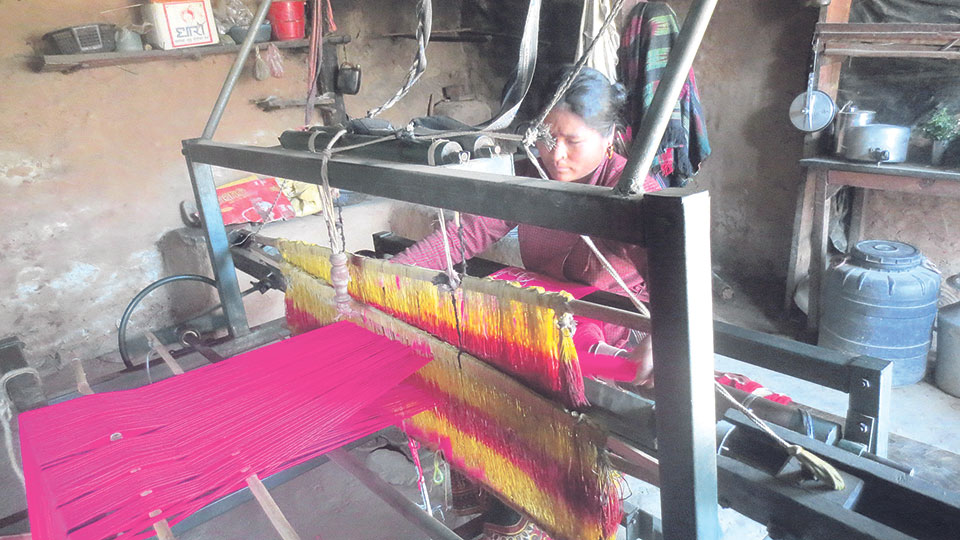 ROLPA, March 5: Sirmaya Pun, 50, is not happy. Poverty, loneliness and poor health define her life, she says. Child marriage coupled with her husband’s second marriage largely led to her present condition. “When I got married to him, both of us were underage. That was perhaps not a good decision. But then, if he had not brought another woman home, I would still be in a better position,” she stated.

Pun, a resident of Sunchhahari Rural Municipality had fallen in love with her neighbor. Both decided to get married.

“We were only 16 then. And right after marriage I got pregnant, and my health problems started after delivering the babies,” Pun narrated. Pun gave birth to two children, but none survived.  Her husband joined the then people’s liberation army. Later, he left for India and when he returned home, he came back with his new wife.

“There was nothing I could do. He came back from India with another woman,” Pun said. However, she felt insulted and devastated she says that she kept mum.

Pun’s story is a representative case. Early marriage and polyandry is actually quite rampant in Rolpa.

According to Pun, early marriage is not good for anyone. It affects women’s health more than the males.

“Because, it is not men who conceive or give birth to child, they become free and can enjoy better health till the end. But women, what choice do they have? Look at me, neither do I have child, nor I am in good health now,” she lamented.

Premature birth or stillbirths are also common in Rolpa villages. Even if the baby is born health, raising them is a challenge, Pun said. She added that poor health of the mother affects their ability to take care of their babies.

“The biggest disadvantage of child marriage is that you are not able to take care of the babies. I lost both of my children,” Pun said. She added that she had excess bleeding right after delivery. In lack of medical intervention, she said that she had to suffer a lot.

“We do not have health posts nearby. Even if we reach there by any means, we do not get to meet health workers, let alone doctors,” Pun reported. At 55, she lives with severe stomach and back pain.

“I could not save my children and I was also unable to save my health also. My lower abdomen aches and I suffer from severe back ache,” she said.

Premature pregnancy and delivery of baby has taken serious toll on women’s health across Rolpa. It is hard to get couples in remote Rolpa villages where people have married in right age. According to Pun, her peers have already become grandparents.

No access to legal justice
When a man leaves wife or remarries, the first wife can go to court demanding divorce and property. However, in Rolpa this practice is non-existence. No matter, how many wives a man brings, women keep quiet, Pun said.

“Here, we have scarce legal awareness. We do not know where to go if we want to fight for our rights. Very few have knowledge of laws and court,” she said. “If you are neglected by husband, you take it as your fate and keep quiet,” she added.

Very few people in Rolpa are literate. Finding literate women is even a harder task. Lack of awareness about women’s rights and facilities has forced them to live miserable life, Pun noted.

“Justice is like a far-fetched dream for us. When you are poor and a woman, you are greatly disadvantaged,” she stated. According to locals, divorce cases are also getting common these days.