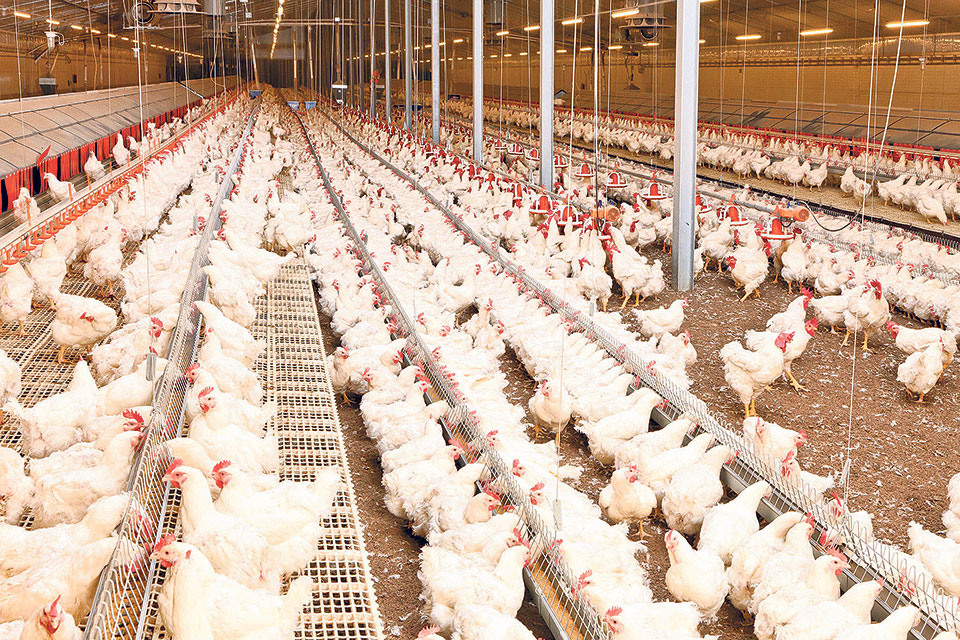 KATHMANDU, Feb 5: The retail price of chicken has increased to Rs 410 per kg. Earlier last week, Nepal Chicken Sellers Association had decided to raise the price by Rs 15 per kg to Rs 360 citing high mortality of chicks during winter. Last year during February, the price of chicken was around Rs 325 per kg.

According to Rabin Puri, chairman of Nepal Feed Industries Association, chicken holiday has not contributed in the recent price hike but the reason behind is the low supply of chicken in the market.

“The six million chicks destroyed during chicken holiday have no affect in increasing its price. If destroying chicks would increase price of chicken then poultry farmers would have done it earlier as large number of chicks get destroyed in winter season,” said Puri, “The grains for chicken are imported from India and the government has increased the taxes which becomes expensive for farmers, so instead of purchasing expensive grain, farmers have stopped rearing chicken.”

Nepal is self-sufficient in poultry products. However, farmers often complain that they are not getting fair prices for their products as the market is flooded by cheaper Indian imports. Though the government has put a ban on poultry imports from India to ensure that Nepal's poultry farmers get better returns, some unscrupulous traders are still bringing poultry products from India.

“Poultry business is facing loss since one and half year. There is less number of farmers rearing chicken which has created low supply in the market and this is the reason behind increase in price of chicken,” said Gun Chandra Bista, president of Nepal Hatchery Industry Association, “No one cares about price hike of buffalo meat and mutton. These two products are imported from other countries but chicken is produced in Nepal and people must be aware about price of imported products.”

“Our team went for market monitoring in various cold stores in the valley. We are investigating about it with chicken meat suppliers and traders. We need to know the actual reason behind the increase in the price of chicken and our investigation is still going on. We are listening to both sides as we cannot take sudden action but if there is cheating then obviously he/she will be punished,” said Netra Prasad Subedi director general of Department of Commerce Supplies and Consumer Protection.

KATHMANDU, Feb 8: The Department of Commerce Supplies and Consumer Protection has announced that it will monitor the market to... Read More...