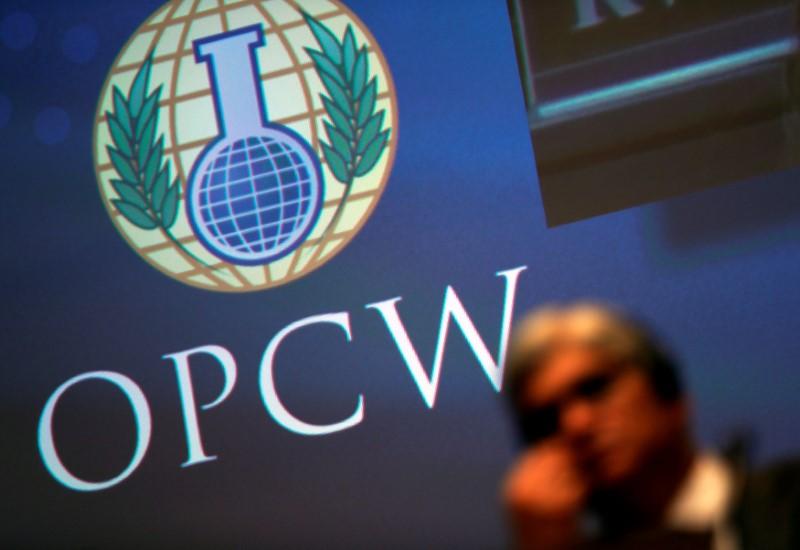 THE HAGUE, July 9: A preliminary report by the world’s chemical weapons watchdog said “various chlorinated chemicals” were found at the site of an attack in Douma, Syria, in April that killed dozens of civilians and prompted air strikes by Britain, France and the United States, it said on Friday.

The Organization for the Prohibition of Chemical Weapons (OPCW) sent a fact-finding mission to Douma in mid-April, roughly a week after the April 7 attack in the enclave near Damascus.

“Along with explosive residues, various chlorinated organic chemicals were found in samples from two sites,” it said, indicating that chlorine may have been used as a weapon.

The OPCW said that its team was continuing its work to establish the significance of the results.

“The organization should move quickly to finish its investigation and determine whether a chemical weapon attack occurred” in Douma, New York-based Human Rights Watch said in a statement.

“In the meantime it should apply its new authority to determine responsibility for the use of chemical weapons in Syria,” it said.

Last week, the OPCW’s member states voted to give the agency new powers to assign blame for attacks. That role had been carried out in Syria by a joint OPCW-United Nation mission, but a renewal of its mandate was vetoed by Russia in November.

The OPCW has documented systematic use of banned munitions in Syria’s civil war, including nerve agent sarin and sulfur mustard gas. It has not assigned blame for the attacks.

In Douma, OPCW inspectors visited two sites where they interviewed witnesses and took samples, which were split at their laboratory in the Netherlands and forwarded to affiliated national labs for testing.

Samples recovered from one gas cylinder and near a second tested positive for chlorinated organic chemicals, the report said.

Washington and other Western governments blamed Syrian government forces for the attack in Douma.

The Syrian government denies using chemical weapons during the country’s long civil war but the previous joint inquiry of the United Nations and the OPCW found the Syrian government used the nerve agent sarin in an April 2017 attack and has also several times used chlorine as a weapon. It blamed Islamic State militants for mustard gas use.

The US, alongside France and the UK, launched a massive missile attack against Syria on April 14 in response to... Read More...