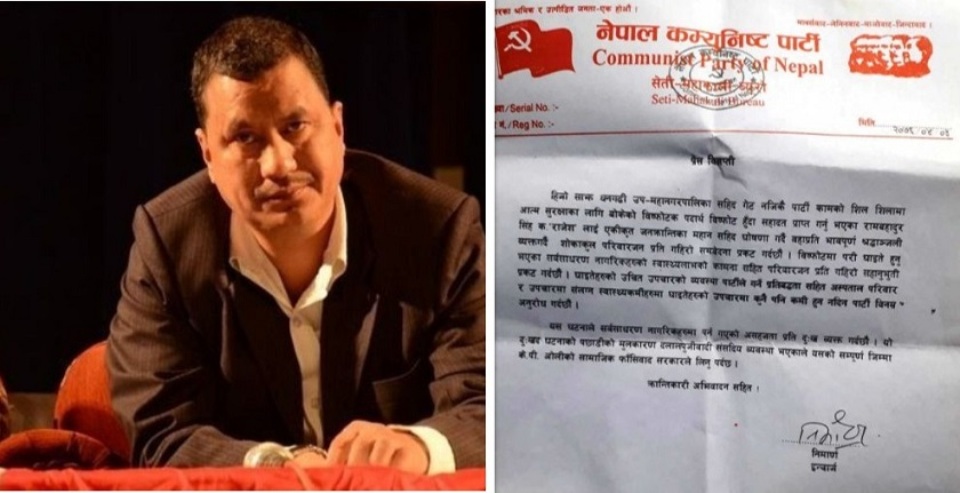 Issuing a press release on Friday, the party's Seti-Mahakali Bureau In-charge has stated that the Oli-led government should bear responsibility for the incident.

In the press statement, the NCP has declared Ram Singh as its martyr, who sustained injuries and died in course of treatment in Maya Metro Hospital in Kailali later on Thursday night.

Five persons were injured including two NCP cadres in the bomb explosion at an eatery in Dhangadhi, the district headquarters of Kailali district on Thursday evening.

Likewise, NCP cadre Ram Singh, who was seriously injured in the blast, breathed his last while receiving treatment in the hospital.

This is the third powerful explosion carried out by the Chand-led armed outfit which was banned by the government after it detonated bombs in front of Ncell head office in Lalitpur in March this year.

The outfit had carried out three separate explosions in Kathmandu in May in which five people killed and ten others injured.