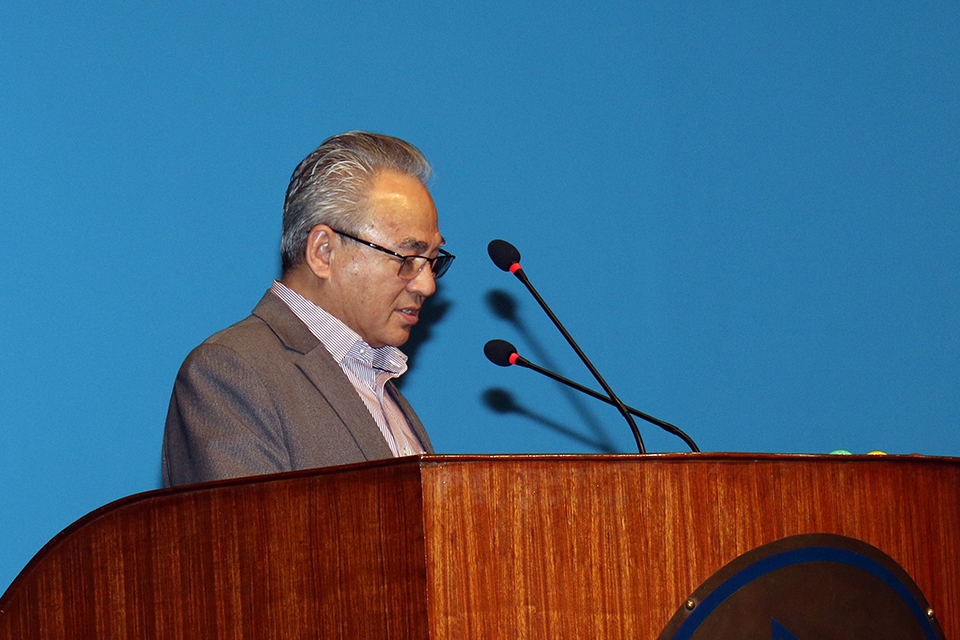 KATHMANDU, May 27: Home Minister Ram Bahadur Thapa has vowed to bring the outlawed Chand-led group to the mainstream politics.

Speaking at the Parliament, Home Minister Thapa said that the government is trying to hold dialogue with the group.

Saying that people are defying the strike called for today by the Chand-led group, Thapa said that the long-distance public transportation and educational institutions were partly affected due to the strike.

"The government will leave no stone unturned to bring book the perpetrators involved in the recent bomb blasts in the Kathmandu Valley," he said.

On the occasion, the home minister shared that the Chand-led group has established a parallel government called "People's Council" and its four contingents of "People's Liberation of Army".

"So far, their main target is the Kathmandu Valley," he said while talking about the activities of the Chand-led group which was banned by the government in March this year after the group carried out series of explosions in the capital.

The minister said that those killed in the yesterday's blasts were not common people rather they were the cadres of the Chand-led group.

KATHMANDU, May 27: Normal life has been affected in various parts of the country due to strike called by the... Read More...