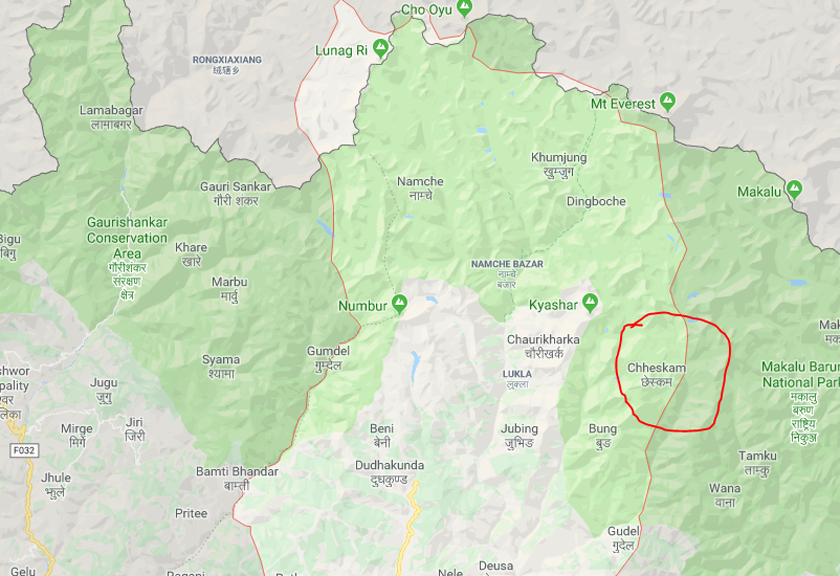 SOLUKHUMBU, June 3: An attempt of the Chand-led Communist Party of Nepal to capture a police station in Solukhumbu was failed recently, police said.

A group of 25-30 cadres of the Chand-led outfit tried to capture the police station at Mahakulung rural municipality-03, Chheska on Sunday night.

However, the attempt to capture the police station failed as the police personnel decamped with the weapons after receiving tip-off about the Biplav cadres’ plan, sources said.

Spokesperson of the Nepal Police, Bishwaraj Pokharel, dismissed the media reports saying that no such incident has happened. He admitted that the additional police force has been mobilized in Solukhumbu to check the activities of the armed group.

"We have mobilized additional police forces in various districts of eastern Nepal to control the activities of the Biplav-led Maoist," he said.

The incident site is 75 kilometers away of the district headquarters Salleri.

KATHMANDU, June 3: The Ministry of Home Affairs (MoHA) has dismissed report of an attempt to capture police station in... Read More...

ROLPA, Jan 8: Police in Rolpa have arrested a worker of the Netra Bikram Chand-led Maoist party on Monday on... Read More...