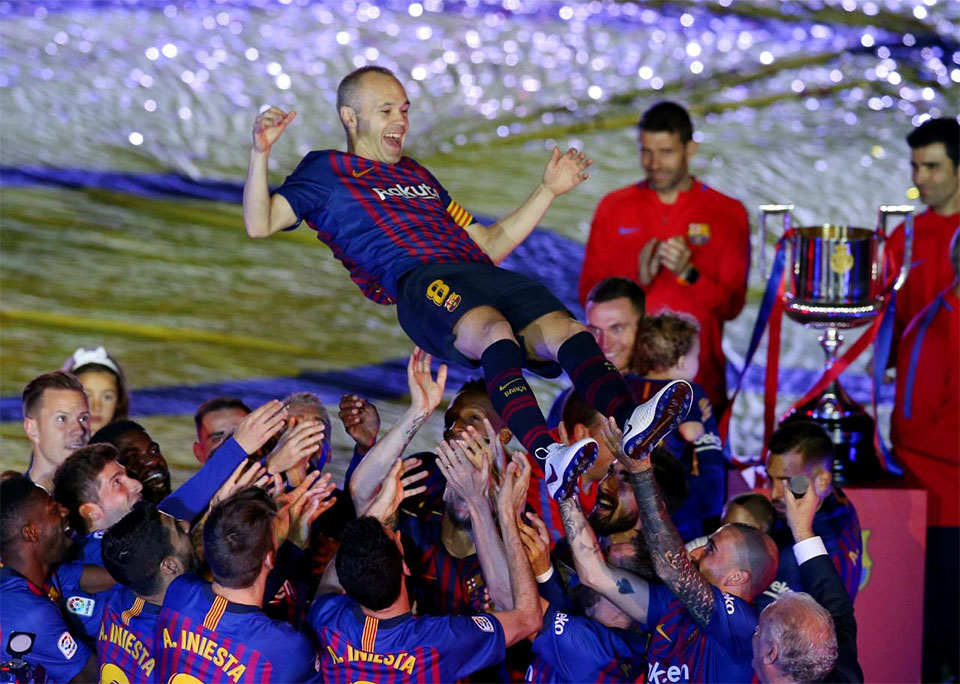 BARCELONA, May 21: La Liga champions Barcelona ended their campaign with a 1-0 win at home to Real Sociedad on Sunday thanks to a sensational distance strike from Philippe Coutinho as the Nou Camp paid an emotional farewell to departing captain Andres Iniesta.

Coutinho drifted inside from the left and held off two defenders outside the area before rattling the ball in off the far post with a venomous shot, breaking the deadlock in the 57th minute.

The league’s top scorer Lionel Messi started the game on the bench but replaced Coutinho in the 67th minute. Iniesta was substituted in the 82nd, hugging most of his team mates as well as some Real Sociedad players and the referee as he left the Nou Camp pitch for the last time as a Barca player.

Barca’s fans held up a mosaic before the game reading “Infinite Iniesta”. They later revealed a banner saying “Thanks for so much” in tribute to a player who came through the club’s academy and spent 16 years pulling the strings in midfield, winning nine Liga titles, four Champions Leagues and six domestic Cups.

They continued to sing Iniesta’s name long after he had gone off the pitch. The captain returned with his team mates after the final whistle to lift the club’s 25th Liga title and also show off the King’s Cup trophy which they won in April, beating Sevilla 5-0 in the final.

“Today is a difficult day. I have spent 22 marvellous years here and I’ve been so proud to defend and represent this badge, which for me is the best in the world,” Iniesta said, addressing the Barca fans from the pitch.

“Thanks to all our fans, for the support you’ve shown and the respect you have given me. I came here as a boy and I leave aged 34 as a man. I’ll always carry you in my heart.”

Two dead, 37 injured in bus accident in Hetauda
9 minutes ago
Car goes missing after falling into Trishuli
13 minutes ago