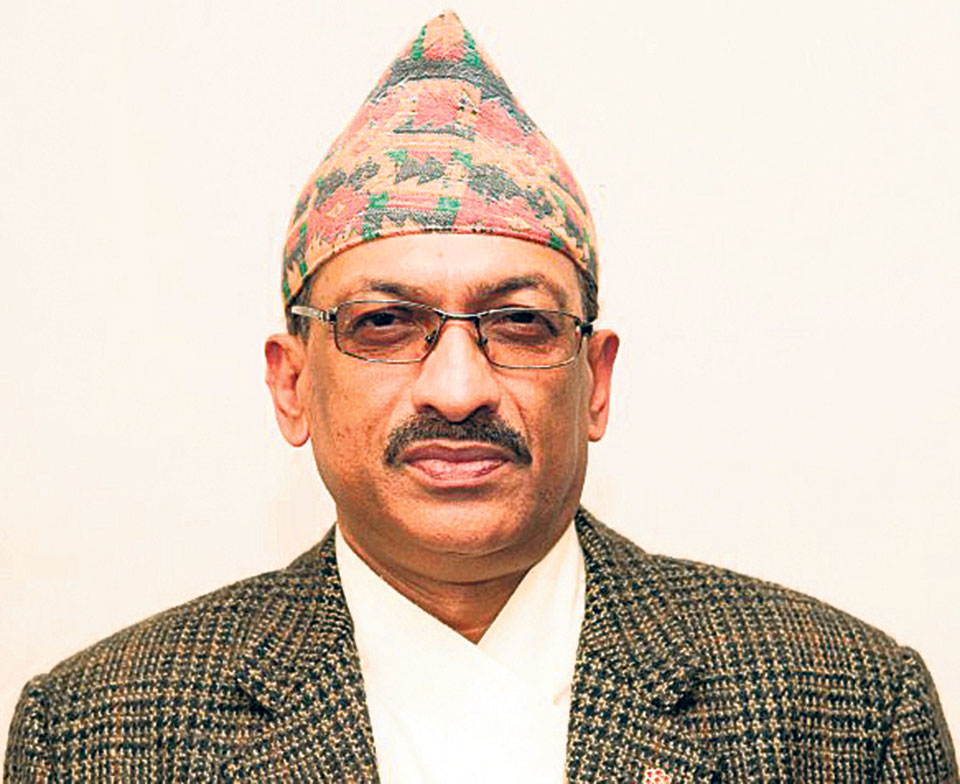 KATHMANDU, Sept 6: The Constituitional Council (CC) meeting on Wednesday recommended commissioner at the Commission for Investigation of Abuse of Authority, (CIAA) Nabin Kumar Ghimire as the chief commissioner of the anti-graft body.

He had previously served as secretary at various ministries including home, defense, forest and land reforms.

A meeting of the council held on Wednesday at Prime Minister's Office at Singha Durbar proposed him for the post of CIAA chief commissioner.

Ghimire can be appointed as chief commissioner only after confirmation by the parliamentary hearings committee.

Acting CIAA chief Ghimire has repeatedly garnered attention as a favored officer of Prime Minister Oli. He was appointed the chief district officer of Kathmandu 24 years ago when Oli was serving as home minister. In addition, he was appointed as a commissioner of the CIAA on April 2, 2015 after his retirement as home secretary on the recommendation of Oli in the Sushil Koirala-led government. His five-year tenure starts from the day of appointment as commissioner so he will be working as the chief commissioner for the next two years.

Ghimire started his bureaucratic career in 1978 as section officer. He served as the local development officer in Ilam, Morang, and Udayapur districts before working at the home ministry. He took charge of the home ministry in August 2012 and served as the defense secretary in the Madhav Kumar Nepal-led government.

Although repeatedly linked with PM Oli, the 63-year-old bureaucrat has a clean track record spanning 30 years.

CIAA is not under any political influence: Chief Commissioner Ghimire

KATHMANDU, Aug 23: A meeting of the Constitutional Council (CC) is taking place to recommend the name of Chief Justice... Read More...