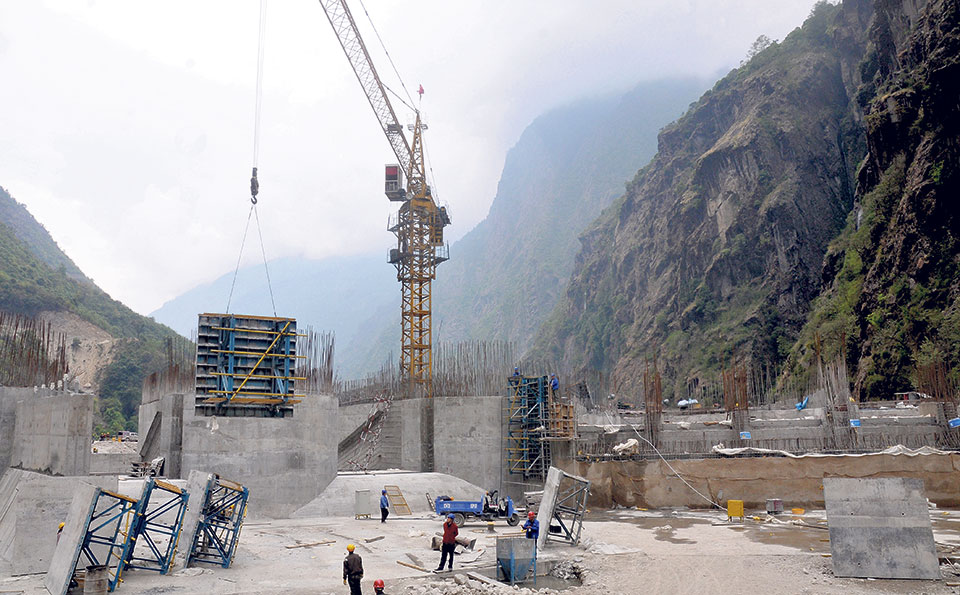 KATHMANDU, Nov 20: The government spending on development works was recorded 6.05% of the allocated budget in the first four months of the current fiscal year, revealing low spending capacity of the government in the construction of infrastructure despite its repeated commitments to spearhead economic prosperity.

According to the Financial Comptroller General Office, the capital expenditure has reached Rs 24.71 billion from mid-July to mid-November. The government has allocated Rs 408 billion in development works for this fiscal year.

Officials of the Ministry of Finance said the government bodies are usually busy devising plans and preparing for developing procurement procedures during the initial days of every fiscal year.

Uttar Kumar Khatri, spokesperson for the Ministry of Finance, said the government agencies are almost done with formulating new work guidelines, amending the existing work guidelines and tender documents, and selecting contractors for their projects by the end of the first quarter. “The budget disbursement takes its pace from now onwards,” said Khatri.

Government expenditure has fallen short of the target almost every year. In the last fiscal year, the government was able to spend 73.4% of the total development budget.

Slow spending during the first one-third of the fiscal year indicates that the government will be under pressure to carry out most of the expenses only in the second half of the fiscal year, raising questions over the quality of work. Last year, the government had spent only 35% of the allocated budget of Rs 313.99 billion while 16.4% of the budget was spent in the last one week alone.

The 56th annual report of the Financial Comptroller General Office also showed that the government had spent 40% of the total capital budget of Rs 108 billion in the final month of 2017-18.

Although a constitutional provision has been created to allow the government to issue the budget statement one and a half months in advance, it has routinely been failing to meet the capital expenditure target. Rushed construction in the last quarter of the fiscal year every time has raised questions over the quality of the work.

Timely-made capital expenditure not only ensures quality in the construction of infrastructure, but also provides liquidity in the banking sector, generates employment opportunities for the people, and acts as an indicator of the efficiency of the state.

Amid criticism that the two-thirds majority government has also failed to boost capital spending, the government has been defending its performance saying that it is focusing on drafting and revising laws as required.

Rs 89 billion invested in airport projects in past 2.5 years

KATHMANDU, Feb 6: The government invested a total of Rs 89 billion in airport infrastructure development and acquisition of land... Read More...

KATHMANDU, Nov 22: Prime Minister KP Oli has expressed unhappiness over the failure of ministries to spend budget in the first... Read More...